South Korean actress Song Hye-kyo and actor Song Joong-ki's (centre) divorce was speculated to be due to actor Park Bo-gum, though Park's agency has denied the rumors.PHOTOS: REUTERS, ST FILE.

SEOUL (ANN): Soon after news broke that South Korean actor Song Joong-ki and actress Song Hye-kyo were taking legal steps to divorce, rumours began to swirl about a third party, with the superstars' television shows and luxury house coming under intense scrutiny too.

Song Joong-ki shocked fans on Thursday (June 27) when he announced that he and his Descendants Of The Sun co-star Song Hye-kyo were filing for a divorce, after 18 months of marriage.

The pair, known as the Song-Song couple, had captured hearts with their fairy-tale romance, after meeting on the set of the 2016 hit drama series.

They announced in July 2017 that they would tie the knot on Oct 31 that year, after previously denying that they were dating in real life.

South Korean and Chinese media outlets quickly speculated that actor Park Bo-gum could be the reason behind the divorce, as he recently starred in the tvN drama Boyfriend with Song Hye-kyo. The romance drama aired from November to January.

Taiwan's Apple Daily also alleged in a February report that Song Joong-ki was having an affair with his wife's make-up artist.

On Thursday, hours after the rumours started to spread online, Park's agency, Blossom Entertainment, told local media outlets that the rumour was false.

"The agency will take strong action against groundless rumours regarding Park. Rumours about Park Bo-gum and Song Hye-kyo are absolutely not true."

The agency said that it would take legal action against the person who started the rumours.

According to The Korea Herald, some people suggested that Song Hye-kyo must be responsible for the divorce, as it was Song Joong-ki who announced it. However, others disputed the speculation.

The Korea Herald also noted that it is unusual for a celebrity to voluntarily announce his or her divorce. They tend to lie low until news of it breaks.

The divorce announcement's timing was also considered odd, added the publication, because when productions are still running, celebrities tend not to comment on their personal lives.

Immediately after the divorce was made public, the share price of the production company behind the show, Studio Dragon, dropped. But it almost recovered as of 2pm on Thursday.

Meanwhile, a house in the posh neighbourhood of Hannam-dong in Seoul, known to be owned by Song Joong-ki, has drawn media attention again.

In May 2017, The Korea Herald reported that Song Joong-ki had bought a luxury house in Hannam-dong, Yongsan-gu, Seoul, in January.

After the couple announced their engagement in July that year, there was speculation the newlyweds would move into the house, The Korea Herald said.

A report by Korean newspaper Ilyo Sinmun said the house has been empty for months, sparking claims that the couple have been separated for a while.

"Most of the residents in the area leave out garbage bags in front of their houses for pick-up, but I haven't seen any trash in front of Song Joong-ki and Song Hye-kyo's house," a local resident was quoted as saying.

But another Korean newspaper, the Hankook Ilbo, reported that the house was never used as a marital home.

"The house was empty from the beginning. Song Joong-ki moved into where Song Hye-kyo had been living. They never said the house was their home," the report said, quoting a close acquaintance of the couple.

On Thursday, Song Hye-kyo's agency, United Artists Agency, said in an official statement that the couple's split was due to differences in their personalities.

"The reason for the divorce is differences in personality, and because the two were unable to overcome their differences, they were forced to come to this decision," the statement said. – The Straits Times/Asia News Network 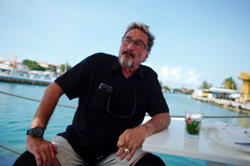