TOKYO: Tucked away in a residential area of Tokyo's Nakameguro district, the Waltz cassette tape shop attracts music lovers from both home and abroad. This "cassette heaven" boasts an inventory of more than 6,000 tapes and obtains the latest works from music labels in the United States and Europe that are rare in Japan.

Its unique presence has caught the eye of Gucci, which plans to release collaborative products with the shop in April.

The shop occupies the renovated grounds of a former warehouse and has a simple white interior. However, the passion of shop owner Taro Tsunoda can be felt everywhere.

The 48-year-old ex-Amazon employee displays new tapes by U.S. and European artists at tables in the centre of the shop, and writes explanations for each tape. Many labels frequently ask Tsunoda to sell their tapes, but he only selects those suited to the shop's atmosphere after listening to each recording. 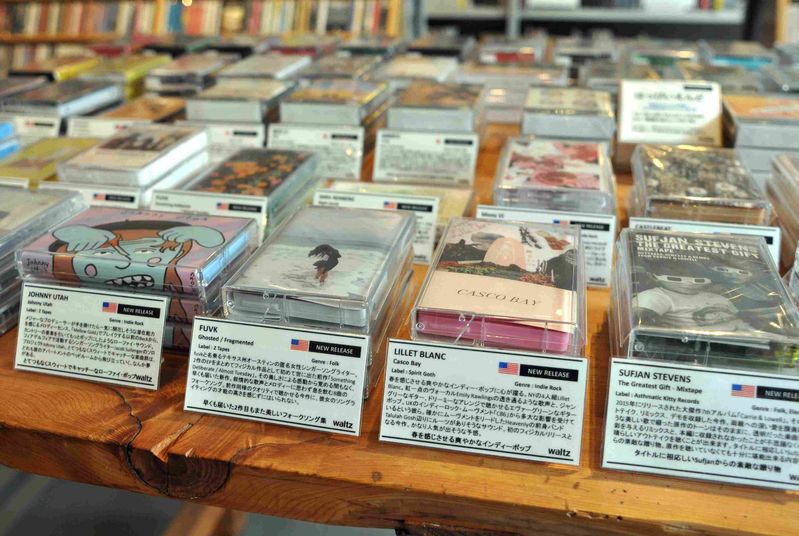 Tsunoda has written detailed explanations for each tape.

Several expertly repaired radio-cassette recorders and Sony Walkman portable music players, which peaked in popularity in the 1980s, are also on sale. With soft acoustic music playing in the background, the shop's atmosphere resembles that of an art gallery.

Tsunoda worked at Internet commerce giant Amazon Japan G.K. for 14 years. His decision to sell cassette tapes at a physical venue starkly differs from Amazon's approach of offering a wide selection of goods through the Internet.

"I wanted to do something I couldn't do at Amazon, something that no one in the world but me could do," Tsunoda explained as his motivation for the venture in an interview with The Japan News.

Though the shop only opened in August 2015, its popularity has grown thanks to social media and other media, prompting famous artists and fashion designers to drop by.

The Italian brand described the shop as a paradise for those who love analogue goods.

Gucci has selected seven locations to be Gucci Places, including the Biblioteca Angelica in Rome and the Chatsworth House in Britain. "I confirmed dozens of times whether they're really okay with this," Tsunoda said with a laugh.

Gucci will announce its collaborative products with Waltz next April. The project is intended to support the shop's activities.

Cassette tapes and music have played an indispensable role in Tsunoda's life. "Compared with sharp digital sounds, cassette tapes have a softer edge. People who tend to prioritise music in life are more likely to use analogue goods," Tsunoda said. – The Japan News/Asia News Network