IT FIRST appeared on the local drug scene three years ago when more than 90,000 pills were seized. Now, the tranquilliser Erimin-5, or nimetazepam, has become the drug of choice among abusers. It is the cheapest drug on the market, said the Central Narcotics Bureau (CNB).

Many of the 793 drug abusers arrested last year were on Erimin-5, according to the CNB’s annual drugs report released on Monday.

CNB deputy director S. Vijakumar said: “Testing for Erimin-5 began in January 2004, so it is not unnatural to detect increased abuse in the drug. There are people who still think Erimin-5 is not detectable.

“It is also the cheapest drug on the market for those who cannot access other more expensive drugs.”

Unlike so-called “party drugs” like Ecstasy and ketamine, Erimin-5 is a depressant and seen as a “soft” drug.

The report found that most of the abusers were men, aged between 20 and 29 who favoured synthetic drugs. Synthetic drugs include Erimin-5, ketamine, Ecstasy and methamphetamines like “ice” and “yaba”.

Erimin-5, a prescription drug used to treat insomnia and depression, did not figure prominently in the drug statistics until 2003, when 94,200 tablets were seized.

In another development, the number of heroin abusers arrested plunged in the last four years but there was an increase in the abuse of Subutex, the prescription drug used to treat recovering addicts.

Subutex was introduced in Singapore in 2002 to help former heroin addicts cope with withdrawal symptoms such as nausea and stomach cramps.

But counsellors from halfway houses have complained that it was dispensed too loosely by doctors. They said the heroin problem has not been solved, as addicts abused Subutex as a heroin substitute.

Most addicts also mix Subutex with Dormicum, a prescription sleeping pill which is not soluble in water. This causes the blood to clot, and may lead to gangrene and the amputation of limbs. – The Straits Times / Asia News Network 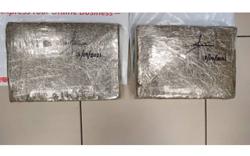 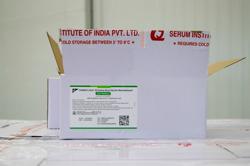