GEORGE TOWN: Visitors and locals who prefer to rent short-term stay (STS) units here are waiting for the state government’s guidelines for this sector.

Next month, the Penang government is expected to release regulations on how STS business is conducted.

Although there has been no hints, industry players anticipate regulations that limit STS rentals in high-rise residences to only three nights a week.

Another anticipated regulation is that STS rentals in high-rise residences can only be done if at least 75% of the unit owners vote for it.

For software engineer S. Raakesh, he is apprehensive about additional rules.

Raakesh, who would frequently rent an STS unit to celebrate friends’ birthdays or special occasions, said: “They have now come up with new rules like late check-in and early check-out.

“Previously, the check-in time was 3pm and check out at noon, but now some places have 4pm check-ins and check-outs at 11am. This is too early,” said Raakesh, 26.

He said they could not party or invite additional guests.

“If we bring along extra people, they would charge more. They seem to observe how many guests we bring in via CCTV,” he said.

Raakesh explained why he prefers STS units instead of hotel rooms.

“When we throw a party or get-together, we usually want to prepare our own finger food. Most STS have a stove, utensils and basics like cooking oil,” he said.

As for the price factor, Raakesh said an STS could be the same as a hotel room but with more space and privacy.

“We do not use facilities like the gym and pool. We are there to party.

“The only facility we want to use is the barbecue area, which is why we would rent an entire house,” he said.

Housewife K. Logeswari, 37, prefers to stay at STS units during her holidays.

“There is ample space for my two daughters to run around and play with their toys,” she said.

Furthermore, she said it was cheaper than getting a hotel room for four people.

“It is good that the state government wants to regulate STS for the benefit of all stakeholders,” she said.

She said the emergence of STS, like ehailing rides and online shopping, had challenged traditional business models.

“It’s what the market wants. It’s more fun to rent a place where you can ‘live’ in rather than rent a bedroom while on holiday,” she added.Loh observed that newly-built hotels have begun responding to changing trends, renting out apartments or suites instead of mere rooms.

He said the year-end holiday season had delayed the finalising process for landed properties, while guidelines for high-rise buildings are ready.

“We want to finalise everything by January.

“We have done the guidelines for high-rise buildings. As for landed properties, we are still fine-tuning it,” he said. 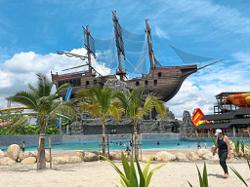