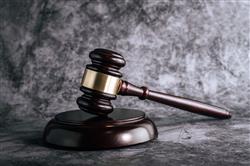 KUALA LUMPUR: The High Court here has set Jan 4 to hear the prosecution’s preliminary objection on an application by Rumah Bonda founder Siti Bainun Ahd Razali for a review of the charges made against her for neglecting and mistreating a teenage girl with Down syndrome known as Bella.

Justice Collin Lawrence Sequerah set the date after lawyer Nur'Aminahtul Mardiah Md Nor, representing Siti Bainun, told the court Thursday (Dec 8) that the preliminary objection by the prosecution was filed last Dec 1 and served to the defence on Dec 5.

The court also ordered both parties to file their respective submissions within two weeks.

In a notice of motion filed last Nov 30, Siti Bainun applied for a review of the two charges on grounds that Sessions Court judge Izralizam Sanusi failed to consider issues raised by the defence that the charges were defective when ordering her to enter her defence.

Siti Bainun claimed that the order by the Sessions Court judge, made last Nov 24, for her to enter her defence, was null and void because he failed to assess the defects of the charges in the judgment which was read out in open court on that day (Nov 24).

Earlier, Nur'Aminahtul Mardiah told the court that her client, who was not in court today, had been given a sick leave certificate for 22 days starting Nov 28 due to health problems.

Siti Bainun had pleaded not guilty to two charges of abuse and neglect which resulted in physical and emotional distress to the girl between February and June 2021 at a condominium in Wangsa Maju here.