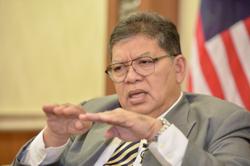 ISKANDAR PUTERI: MPs from Barisan Nasional and Pakatan Harapan in Johor will hold talks about forming a caucus soon.

Johor Barisan chairman and Simpang Renggam MP Datuk Seri Hasni Mohammad (pic) said this was needed to improve the implementation of policies and develop the state.

"With a caucus, we can channel the people's voices to the Federal Government better to address issues such as a much-needed expansion of the North-South Expressway to solve traffic congestion issues.

"The RM510mil allocated in the budget tabled on Oct 7 before Parliament dissolved is inadequate for such a big development.

"Johor also wants to bring in more investors and improve entry point facilities such as ferry terminals – these illustrate the Federal Government's importance in realising the state's plans," he said after Johor state assembly sitting here on Sunday (Dec 4).

Hasni said he would meet with Johor Opposition chief Liew Chin Tong, who is also Iskandar Puteri MP, when the Dewan Rakyat sits on Dec 19.

"We will meet along with other Johor MPs to discuss the formation and chart the direction of the caucus," said the former Johor mentri besar.

In the state assembly sitting earlier, Liew, who is Perling assemblyman, suggested forming the caucus to bring together the 24 Pakatan and Barisan MPs in Johor.

He said this was in view of the Pakatan-Barisan partnership in the unity government.

Fahmi: Cabinet was determined by all parties

GE15: Cabinet posts for BN a trust, not the spoils of war, says Zahid 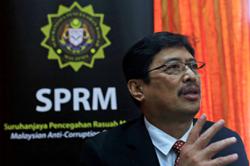