Stocking up: Zalilah with the mineral water bottles and a pail that she bought in preparation for the 48-hour water cut.

BUKIT MERTAJAM: Penangites from almost 200,000 households and businesses on the mainland were scrambling to buy pails, water containers and bottled water in preparation for a scheduled 48-hour water cut starting 10pm tonight until 10pm Sunday.

Housewife Zalilah Othman, 44, said she was looking for some extra pails and containers to store water.

“I have a few containers at home, but I feel a few more to hold water would be better,” she said when met at Bandar Perda here yesterday.

Zalilah, who lives in Flat Seri Pauh, said she was glad there was sufficient notice on the water cut, compared with the water disruptions that were caused by floods in Baling in July. 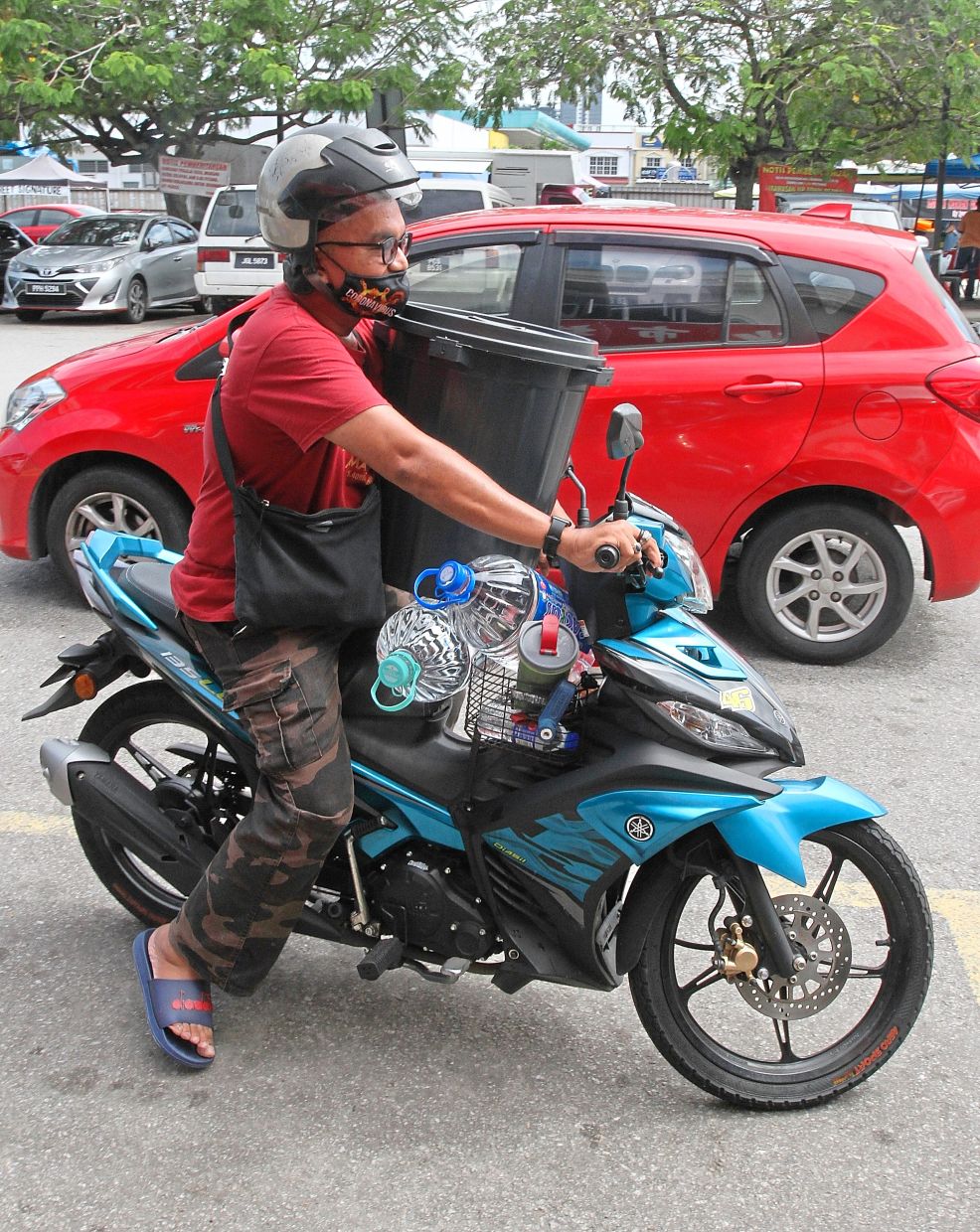 On standby: A resident in Seberang Prai heading back home with a large pail and bottles of drinking water. — ZHAFARAN NASIB/The Star

She said this time, she has stocked up on bottled water too, but hopes that the state water authority will send water tankers to her neighbourhood as an additional contingency.

Rozita Ahmad, 46, who stays at the same flat, was met buying bottled water and pails at a shop in Bandar Perda.

“I am looking for cheaper pails. The ones we checked out earlier were too expensive.

“Pails usually cost less than RM10 but suddenly, the price has increased to as much as RM18,” she said.

Nasi campur seller Nor Mazlina Din, 50, feels she would have no choice but to close her shop because it would not be possible for her to store enough water to last three days.

“We need clean water not only to cook, but also to wash everything and make drinks.

“I don’t see how we can store enough water for all that,” she said.

She said she hopes the water disruption will not last long or it would affect her income.

Convenience store owner Neoh Chee Leong said all types of pails, containers and bottled water have been selling fast at his shop in the past few days.

“I am getting more. Residents from as far as Machang Bubok are coming to my shop (because of the water cut),” he said.

Penang Water Supply Corporation, in a statement on Nov 23, said that the water supply to 197,852 homes and businesses on mainland Penang would be disrupted due to valve replacement work at the Sungai Dua Water Treatment Plant.

It said that the disruption was also due to repair works on a 1,200mm diameter pipe in Permatang Ara and maintenance work by Tenaga Nasional Bhd at the Bukit Minyak Pump House.