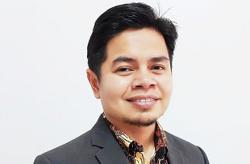 The accused being taken to the Sessions Court to be charged.

SEREMBAN: A 40-year-old assistant quantity surveyor for the government has been fined RM10,000 by the Sessions Court here after he pleaded guilty on Wednesday (Nov 30) to a charge of accepting RM3,000 from a house owner to get approval for renovation works.

Judge Rushan Lutfi Mohamad also ordered Mohd Rizuan Mohd to serve five months in jail if he was unable to pay the fine.

The accused, who was then with the Seremban City Council (MBS), was charged with accepting the money from one Hairul Anuar Muhammad between Aug 19, 2019 and June 2020.

Hairul Anwar had contacted the accused for help to obtain approval from MBS for renovation works to his house which he bought in July 2019.

However, checks by the Malaysian Anti-Corruption Commission (MACC) showed that MBS did not receive any application from Hairul Anuar for the renovation works.

MBS had also issued a notice to Hairul Anuar to demolish the renovated section of the house as no plan had been submitted for approval.

Offenders can be jailed up to 20 years and fined not less than five times the amount involved upon conviction.

However, he pleaded guilty to an alternative charge under Section 165 of the Penal Code which carries a jail term of up to two years or a fine or both upon conviction.

The accused, who was unrepresented, then asked the court for a minimum fine adding that he had to look after his sick mother.

"I have been on unpaid leave since and have to return to Kuala Terengganu every week to look after my mother.

"I hope the court will only give me a minimum fine as I have to bear huge expenses travelling and looking after her," he said.

Deputy public prosecutor Mohamad Azriff Firdaus Mohamad Ali asked the court to impose a sentence that was commensurate with the crime.

He said although the accused had pleaded guilty, the court had to take into account public interest and send a message to would-be-offenders on the seriousness of such an offence.

In passing sentence, Judge Rushan Lutfi said the court also had to take into account the frequency of such cases and public interest. 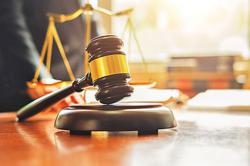