GEORGE TOWN: Poultry farmers here are claiming that the egg shortage is caused by market manipulators out to make a killing.

Chicken breeder Muhammad Sufi Jamil, 32, alleged that these manipulators hoard their egg supplies that were supposed to be distributed to consumers so the price would increase.

“The egg shortage happened before GE15, but after that, the eggs mysteriously appeared and are available at most grocery and retail shops.

“Some of the eggs on sale now are either expired or close to expiry,” said Muhammad Sufi.

He said other factors causing the shortage of eggs included the uncertain weather and threat from wildlife near poultry farms.

“What the authorities can do now is to monitor and control the egg supply so it will not be manipulated. Fix the egg price and make it compulsory for breeders to report their produce.

“This will not only help us control the supply but also the price,” said Muhammad Sufi.

Another breeder, who wanted to be known only as Ali, said he had been supplying chicken eggs direct to consumers and grocery shops in Alor Setar.

“I have never used middlemen. I deliver my produce straight to consumers, which is why I have never encountered this problem.

“But I agree the government should control the prices of basic items such as eggs to protect the consumers,” he said.

Grocery shop owner Mat Izzudin Idris, 43, said he had no problem getting eggs from his supplier.

“But sometimes, I have to limit the sale of eggs as the supply is also limited. I hope the egg shortage problem will not happen again. Eggs are an important part of the diet for people, especially the B40,” said Mat Izzudin, whose shop is in Bukit Gedong.

A check by The Star at several grocery shops in Seberang Prai and George Town found no egg shortage. However, many shops are imposing a limit of 10 eggs per customer.

The eggs are being sold at between 38sen and 45sen each according to their grade.

“No shortage of eggs. Selling at all outlets,” Wong said in a Whatsapp message.

With the holidays around the corner, the egg shortage continues to worry consumers and sellers in Petaling Jaya.

Nor Zaini Zainul Abidin, 41, who manages a convenience store in Subang Jaya, said getting eggs has been difficult in the last two months.

“We used to get our supplies from supermarkets and local suppliers. Now, even they are out of eggs,” said the managing director of the 929 Convenience Store.

Nor Zaini said it was difficult for her to obtain Grade A eggs, which are her customers’ preferred choice.

“Nowadays, we can only get Grade D or Grade E eggs, which are relatively small,” she added.

Nor Zaini said that although she was not suffering significant profit losses due to the shortage, she was concerned about a decline in customer satisfaction.

The managing director also pointed out the recent increase in the prices of chicken eggs.

Egg merchant B. Ravichandran from Balakong, Seri Kembangan, also said the price of eggs had risen due to their scarcity.

“Suppliers have increased their prices, which has been particularly difficult for small business owners like myself.

“Eggs used to cost around 38sen to 40sen each, regardless of their grades, but now they cost nearly 45sen,” he lamented.

Consumers are likewise frustrated by the egg shortage.

Housewife Sivakami Elango, 45, said the shelves at supermarkets and convenience stores remained half empty even early in the morning.

“I have resorted to buying kampung eggs at the morning markets now since it is very hard to get price-controlled eggs in large quantities from the stores.

“Although my children did not like the kampung eggs at first, they have now grown used to them.”

Sivakami said it would be much more difficult for her to manage if the egg shortage continues until the end of the year.

“If the shortage lasts until the year-end holidays, it would be challenging since my children will be around, and I will have to cook more often,” she added.

Accounting student Jessyca Han, whose family has an annual tradition of baking Christmas cookies together, said the government should act to resolve the shortage.

“If the shortage continues, many families will be robbed of quality family time and delicious Christmas cookies, which are crucial parts of the holiday season tradition.

“I hope the government takes necessary steps to address this issue,” added the 22-year-old. 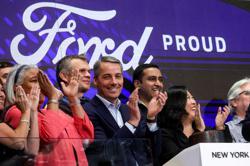