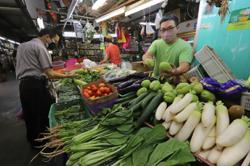 PETALING JAYA: The egg shortage is a global phenomenon and unlikely to be resolved soon, say livestock farmers.

They also scoffed at sabotage claims on social media that there was a shortage before the recently-concluded 15th General Election, and eggs were now flooding the market.

Federation of Livestock Farmers’ Associations of Malaysia (FLFAM) president Tan Chee Hee said the sabotage claim is not logical as eggs are perishable items that cannot be hoarded.

“Generally, the whole world has an egg shortage and Malaysia is no exception.

“Farmers are working very hard to produce more but we have been badly affected by poor demand during the pandemic (lockdowns), then a sudden surge of demand after the economy reopened, followed by an increase in raw material prices, and disease challenges,” said Tan.

“Currently we are facing a shortage of layer chicks (or chicken reared to lay eggs).

“This is one of the main causes,” he explained.

“The other cause is the controlled price (of Grade A, B and C eggs) that is not encouraging farmers to produce more as the subsidies are not sufficient for them to cover their costs.

“It is a very tight margin for big farms to produce at these prices despite a recent 10sen subsidy by the government,” he added.

Since July 1, the government has fixed the ceiling price for Grade A chicken eggs at 45sen each, 43sen for Grade B and 41sen for Grade C.

“Layer farms do not have large storage areas to keep eggs for more than two or three days.

“We are not like other industrial producers who can keep their stocks for longer periods to wait for better timing to sell at a better pricing,” said Tan.

He also said there is no clear shortage at present, but it is more of shortages in certain areas with a sudden surge in demand due to weddings or in areas facing logistic and delivery issues.

He said the authorities should understand that farmers cannot rectify the low production situation immediately, due to the cycle of egg production.