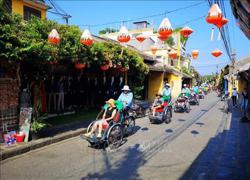 ALOR SETAR: With the national polls now over, Langkawi tour guide Ali Hadi is hoping to make up for lost time, especially with the December holiday period just round the corner.

“This island resort has so much to offer to tourists, whether they are locals or international visitors. We have clean beaches, cheap food and beautiful scenery. It’s a complete package,” said the 29-year-old.

A resident of Langkawi for the past 10 years, Ali said he hopes the new Federal Government would live up to its promises to improve infrastructure such as jetties, ferry services and other facilities to boost the tourism industry in the island.

Mechanic Tawfik Abdullah is also looking forward to the year-end holiday season when tourists opt for car rentals during their visit here.

“People now want to put food on their table. They are tired of politics. We just want to get on with our lives,” he said.

The Langkawi Development Authority is expecting about 300,000 tourists during the holiday break in December.

Its chief executive officer Nasaruddin Abdul Muttalib said the number would be the highest coming to the island since the pandemic started in 2020.

“The highest we received was in September this year, which was 252,000 tourists,” he said, adding that 12% of that figure arrived via international routes.

Nasaruddin said tourist arrivals had dropped drastically to about 170,000 people in November due to the recent general election.

“Langkawi has its own charm and will remain as the country’s top tourist destination.

“The island is cleaner and safer and tourists, especially the locals, do not have to travel that far for their holidays,” he said.

Tourism Malaysia (northern) director Shahrul Aman Sabir Ahmad said more than 80% of the hotel rooms have been fully booked for next month.

“We also expect a group of Europeans coming here on Dec 11 for their holidays,” he said. 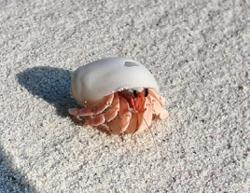