KUANTAN: A couple went through a terrifying experience when an unusual four-legged guest visited their home in Kuala Lipis.

He said police received a report on the incident at about 6.30pm on Thursday.

“A 55-year-old man was at home with his 58-year-old wife, who had had a stroke and was lying on a bed, when the leopard entered.

“The husband attempted to chase away the animal but it jumped onto the bed and scratched his wife,” he said in a statement yesterday, Bernama reported.

Supt Azli said the big cat then went under the couple’s house and was surrounded by the villagers.

A team from the Wildlife and National Parks Department (Perhilitan) arrived at 8pm and took the animal away, he said.

He added that the wife had a small cut on the eyebrow and was treated by health personnel from the Padang Tengku clinic. 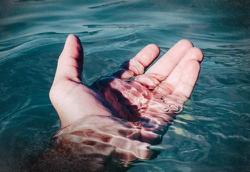