KUCHING: Gabungan Parti Sarawak’s (GPS) victory in the 15th General Election (GE15) is important to ensure the agenda of developing the state can continue to be carried out as planned, says Datuk Amar Douglas Uggah Embas.

The Parti Pesaka Bumiputera Bersatu (PBB) deputy president said the victory would also prove the solidarity of the people of Sarawak towards the party.

"It is important for GPS to win this GE to show solidarity in Sarawak. Over the past five years, a lot of development has taken place in Sarawak. We want the development to continue, not to be disrupted," he told reporters after the launch of the Carsome Checkpoint here.

The Election Commission (EC) has set Nov 19 as polling day, with nomination on Nov 5 and early voting on Nov 15.

On the programme today, Uggah, who is Sarawak Deputy Premier, said Carsome's investment in the state will be able to help achieve initiatives under the post-Covid-19 Development Strategy 2030 (PCDS 2030) by offering job opportunities to locals and increasing the state's revenue.

"Carsome has expressed its intention to build a training centre to expose local workers to the automotive industry. We welcome this kind of investment," he said.

The automotive e-commerce platform is expanding its operations to the Land of the Hornbills by building four new checkpoints, namely in Kuching, Sibu, Miri and Bintulu, bringing a total of 49 checkpoints nationwide. - Bernama 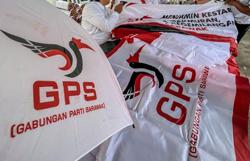