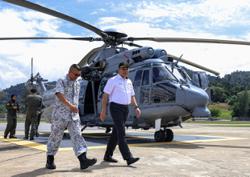 KUALA LUMPUR: France's Naval Group has given its assurance in supporting the government's efforts in resuming the Littoral Combat Ship (LCS) project.

The Defence Ministry said the Naval Group also expressed its commitment in ensuring the LCS ship is completed within the time frame set by the government.

"The company also agreed to resume talks with Boustead Naval Shipyard Sdn Bhd (BNSSB) on the price," the ministry said in a statement on Friday (Oct 21).

The latest development is a significant and positive step in the LCS project and will be able to strengthen efforts to ensure the project resumes smoothly, the ministry said.

"The meeting was conducted during a working visit to Euronaval in France," the ministry said.

ALSO READ: LCS scandal: MACC yet to decide whether to call up Latiff over alleged links

He said this phase, slated for June to December this year, involved a number of efforts by the government, especially his ministry, the Royal Malaysian Navy, LTAT and BNSSB.

"On the commercial side, two things are going on. BNSBB has concluded talks with 145 local vendors and 42 overseas original equipment manufacturers (OEMs).

"The local vendors and OEMs have pledged to support... BNSBB to resume this project.

"It will enable BNSBB to negotiate with OEM and vendors directly. This can reduce the cost of ship equipment," he said.

On Aug 4, the Parliament’s Public Accounts Committee (PAC) revealed that some RM1.4bil in government allocations for the LCS project had been used for other purposes, including cost overruns.

LCS scandal: MACC yet to decide whether to call up Latiff over alleged links 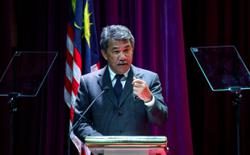 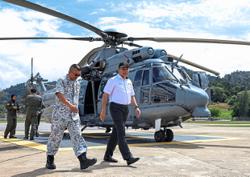