KUALA LUMPUR: Graphic designer and activist Mohd Fahmi Reza Mohd Zarin (pic) or better known as Fahmi Reza was given a discharge not amounting to an acquittal (DNAA) by the Sessions Court Friday (Oct 14) for putting up an obscene post on social media over the ban on liquor sales in the country.

Judge Nor Hasniah Ab Razak made the decision after allowing the initial objection of lawyer N. Yohendra who represented Mohd Fahmi Reza, 45, as the person being sued (OKS).

"The court released without acquitting the OKS of the charges after finding the charges to be flawed and unfounded," said Nor Hasniah at the proceedings which were also attended by deputy public prosecutor Najihah Farhana Che Awang.

On Aug 30, Mohd Fahmi Reza submitted a preliminary objection to the charge on the grounds that the charge did not contain sufficient details, was flawed and contradicted the requirements under Sections 153 and 154 of the Criminal Procedure Code.

On Feb 17, Mohd Fahmi Reza pleaded not guilty to the charge of knowingly making and initiating the transmission of an obscene post regarding the issue of banning liquor sales in this country, with the intention of offending others through his Facebook page using the "Fahmi Reza" profile at 11.45am on June 1, 2021.

The message was then read at a Melur Apartment unit, Sentul Perdana, Bandar Baru Sentul here, at 9am, June 2, 2021.

The charge is according to Section 233 (1) (a) of the Communications and Multimedia Act 1998 and can be punished under Section 233 (3) of the same act, which carries a maximum fine of RM50,000 or imprisonment not exceeding one year or both and shall be further fined RM1,000 for each day the offence continues after conviction. - Bernama 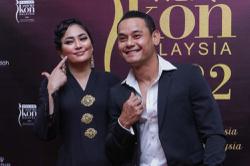