Tax cuts for a million in M40 PETALING JAYA: More than a million middle income earners will have more cash in hand next year with income tax being slashed by two percentage points.

Digital marketing executive Judith Wong, 34, is looking forward to being able to have more of her own income in her hands.

“It’s not something you see in every budget, so I was definitely pleasantly surprised.

“It’s a good move by the government to help households have more cash to spend as the economy slowly recovers,” she said, adding that every extra sen would count.

Finance Minister Tengku Datuk Seri Zafrul Aziz said that this would see the middle income group getting up to RM1,000 tax savings while the high income group would get up to RM250.

“Finally, there is something that benefits the middle-tier earners. Usually we don’t get anything much at all.

“The government will be taxing the higher income earners a little bit more so it will probably balance out in the end but I don’t think it will hit their pockets as much as it helps us,” said the public relations account executive.

Consultant Ibrahim Zakaria, 42, however, felt the income tax rate should not have been reduced but used elsewhere to boost the economy.

“The tax money could be put to better use. I am not sure if new taxes will come in to balance out the tax cut.

“I’m already paying a high income tax so I don’t get any cuts or any benefits from this Budget 2023 announcement but it’s good that the M40 is benefiting,” he said.

Inclusive Budget to help all

‘All segments of society will receive aid’ 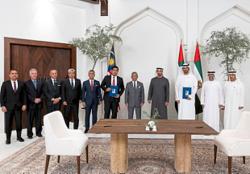