KUALA LUMPUR: The Auditor-General’s Report (LKAN) on the financial statements of the federal government, state governments and state agencies for the year 2021 was tabled in the Dewan Rakyat on Thursday (Oct 6).

"The infographics are expected to help readers obtain important information from the audit, which was conducted quickly and accurately.

"On the tabling day, the department will also give a briefing on the main issues of the audit findings raised in the report to members of the Public Accounts Committee in Parliament,” he said in a statement.

"The accounting records were maintained in an orderly and up-to-date manner. However, the Auditor-General’s Certificate was with Emphasis of Matter paragraphs pertaining to matters such as gross loan receipts in 2021 amounting to RM217.201bil (RM194.555bil in 2020), an increase of RM22.646bil or 11.6%.

"In addition, RM113.764bil or 52.4% of the total gross loans obtained in 2021 were used for the principal payment of maturing loans,” he said and explained that the Emphasis of Matter highlights a fundamental matter that, in the auditor’s opinion, needs to be paid attention to, without affecting the auditor’s opinion.

Nik Azman also said that the gross loans amounting to RM217.201bil resulted in an increase in federal debt to RM979.814bil or 63.4% of the gross domestic product (GDP) last year.

Regarding the analysis of the federal government’s financial performance in 2021, he said the government revenue increased 3.9% to RM233.752bil from RM225.075bil in the previous year.

"Surplus revenue amounted to RM2.236bil, an increase of RM1.761bil compared to 2020, which amounted to RM0.475bil. This surplus has been transferred to the Development Fund,” he said.

Meanwhile, Nik Azman said Covid-19 expenses had amounted to RM37.711bil last year, which was a decrease of RM308.22mil or 0.8% compared to the previous year which amounted to RM38.019bil.

He said for the LKAN on the State Government and State Agency Financial Statements 2021, a total of 13 state government financial statements for the year ending Dec 31, 2021 had been submitted within the permitted period, which was between January and last April.

"The audit conducted found that the financial statements for Kelantan, Negeri Sembilan, Pahang, Selangor and Terengganu were given an Audit Certificate Without Reprimand, while seven states (Johor, Melaka, Perak, Perlis, Penang, Sabah and Sarawak) were given Opinion Without Reprimand with Other Matter Paragraphs.

"Kedah was given an Opinion Without Reprimand with Other Matter Paragraphs and Emphasis of Matters,” he said, adding that the LKAN on the Federal Government’s Financial Statement would be uploaded on the NAD website after it is tabled in the Dewan Rakyat.

Meanwhile, the LKAN for the 13 states will only be uploaded on the NAD website after being tabled in the respective state legislative assemblies. - Bernama 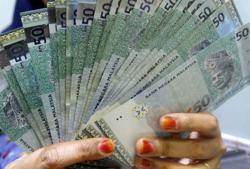