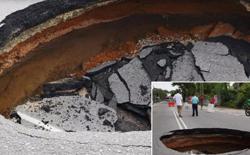 BUKIT MERTAJAM: A part of the Bagan Lalang road, near a Indah Water Konsortium Sdn Bhd (IWK) sewerage pipeline in northern Seberang Prai, was sealed off due to a sinkhole, with only light vehicles allowed to move through the area.

The Public Works Department (JKR) said the sinkhole appeared at around 4.30pm on Sunday (Oct 2) and the department decided to close a section of the road and put up warning signage.

"The area involved is around a 100m stretch and alternative roads will be opened if needed," said the JKR in a statement Sunday.

It said IWK personnel were at the site and were working to rectify the situation with checks being carried out at the vicinity of the pipeline. 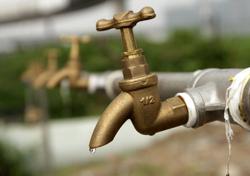