ALOR SETAR: The operator of the water catchment ponds of a Musang King durian project in Gunung Inas has been ordered by the Kedah government to drain out the water at the hill as soon as possible.

Kedah Mentri Besar Datuk Seri Muhammad Sanusi Md Nor said he had told the Forestry Department to discuss with the operator on Sept 20 to expedite the matter.

However, he said he had yet to receive any update from the department regarding the issue.

Muhammad Sanusi said the operator was instructed to drain out the water as it was affecting the villagers near the hill who were living in fear of their safety.

On Sunday, Environment and Water Minister Datuk Seri Tuan Ibrahim Tuan Man said the ministry would leave it to the Kedah government to decide on what to do with the three water reservoirs at the Musang King durian farm on top of Gunung Inas.

He had said he was confident that the state government would address the issue and monitor all projects in Kedah as best as possible.

He reportedly said the Irrigation and Drainage Department was asked to drain the three reservoirs, each the size of a futsal court, as soon as possible for fear of flooding.

In the July 4 incident, mud floods and debris affected over 800 residents from 42 villages around Kupang and claimed three lives in Kampung Iboi.

The pristine Lata Celak waterfalls, a popular tourist spot, was also ravaged by the flood, with strong currents.

Villagers in Baling have blamed the mammoth 1,200ha durian plantation on top of the mountain for the devastating flood that destroyed their homes, cars and their belongings. 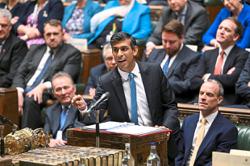