SEREMBAN: The Health Ministry will, from time to time, improve the provision of incentives to blood donors, says Khairy Jamaluddin.

The Health Minister said the incentives would strictly be related to healthcare services and not cash.

"We will improve the incentives from time to time, but they will be related to healthcare services... for example, the incentive could be receiving treatment in class two wards or being given priority for certain treatment.

"... no plans to give cash incentives. Perhaps, after this, it can be expanded not only in terms of medical treatment but to include preventive healthcare and so on,” he told reporters after officiating the handing-over of the Lenggeng Health Clinic construction project here on Saturday (Oct 1).

Meanwhile, Khairy said the addition of the blood donation card as a new feature in the MySejahtera application had received a good response from the public.

"Blood donors no longer need to bring their cards. Today, we issued digital cards but after more improvements, each time they donate blood, we will enter their record and they need not have to bring their red book with them anymore,” he said.

Earlier, Khairy said that the Lenggeng Health Clinic, which is well-equipped to provide various health services, will benefit over 10,000 locals around Lenggeng from Oct 17.

He said the clinic was constructed built to replace the old one that was built in 1955.

"It is hoped that the construction of the Lenggeng Health Clinic will allow residents in Lenggeng and surrounding areas like Ulu Beranang and Broga to seek more, better and more comfortable health treatment and services,” he said.

He said the old clinic is located on a hill next to the new health clinic, which is about 100m away.

Khairy said in preparation to provide a more comprehensive healthcare service, the ministry has agreed to provide an X-ray machine to the clinic costing about RM1mil, including for renovation work to place the machine.

He said such a facility would be able to curb the spread of communicable diseases like tuberculosis and expedite the treatment of emergency cases because the Lenggeng Health Clinic is an on-call clinic.- Bernama 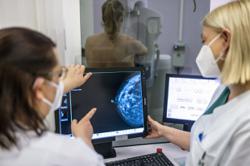 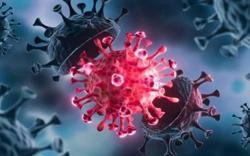