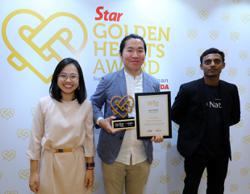 A spokesman from the network said they are appealing to Barisan Nasional chairman Datuk Seri Dr Ahmad Zahid Hamidi to retain Ramli for the parliamentary seat as the latter is the sole Orang Asli representative in the Dewan Rakyat.

"We feel it would be a good opportunity for Ramli to stand there, even though it is traditionally contested by MIC.

"We also ask MIC to give another chance to Ramli as he is the only representative of Orang Asli origin in Parliament," he said in a statement on Thursday (Sept 29).

"The commitment shown by Ramli is good, whether in the Dewan Rakyat or in the constituency.

"He would often voice out on Orang Asli matters, even though not entirely," the spokesman added.

In the by-election in 2019, Ramli, 64, a former senior police officer, won by a 3,238-vote majority over Pakatan Harapan candidate M. Manogaran.

The spokesman also urged Barisan and Umno to discuss with MIC for the sake of the Orang Asli.

"If Barisan and Umno truly want to give opportunity and chance to the Orang Asli, there should be discussions on it," he said.

The network also suggested to Ahmad Zahid to put Ramli in Gua Musang to stand as candidate there, if Umno and MIC failed to reach an agreement.

This, he said, was because there were a lot of urgent issues that needed to be resolved.

"Frankly, the network does not quite support Ku Li (Tengku Razaleigh Hamzah).

"There are a lot of issues that could not be resolved properly even though he has been the MP there since 2004," the spokesman said.

"Among these issues were the condition of the road in RPS Kuala Betis. If this could not be resolved properly, what more of the roads in rural areas," the spokesman added. 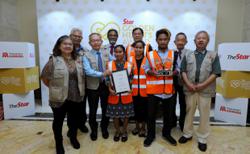