MELAKA: Some 250 road users received summonses for overtaking from the left side of the road during a three-day state Road Transport Department (JPJ) operation.

Melaka JPJ director Muhammad Firdaus Sharif said the offence was the highest recorded during the operation that ended on Thursday (Sept 29).

“The operation was done in collaboration with JPJ Johor and Negri Sembilan,” he said.

Muhammad Firdaus said the offenders were issued the summonses under the Road Transport Act 1987 and can be fined up to RM2,000 or six months’ jail.

“Everyone was in a rush and overtaking from the left side of the road during traffic jams, and it is still a traffic offence,” he said.

He added that a total of 502 summonses were issued for various offences. 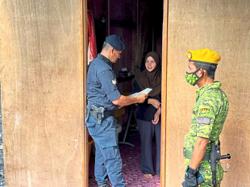