KUALA LUMPUR: The Communications and Multimedia Ministry through TM One will continue to keep its focus to realise the country's digital economy aspiration via the development of smart cities throughout the country starting with eight states.

"Smart Cities will involve eight states with the cooperation of TM One and local authorities (PBT) and, we (government) will focus on areas with high density such as industrial areas and later we will create smart cities in other areas," he said.

He said this during a press conference after inspecting the TM One booth in conjunction with the Asean Smart Cities Congress 2022 at the Malaysia International Trade and Exhibition Centre here Wednesday (Sept 28).

At the same time, he said there are four main thrusts that need to be emphasised to create an inclusive digital ecosystem for the smart city such as Smart Government, Smart Economy, Smart Society and Smart Infrastructure.

"Through the core of the Smart Society, we can see a reduction in the flow of congested traffic that often occurs in major cities and it can also reduce carbon emissions in the country," he said.

Meanwhile, he said the Smart City is in line with efforts to make a sustainable country and a city that reflects the modernisation of urban residents around the world. – Bernama 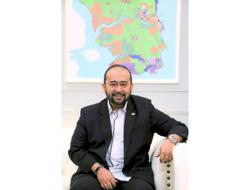