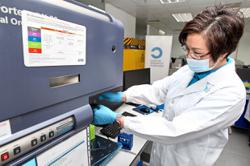 KUALA LUMPUR: Malaysia has invited the International Institute for Applied Systems Analysis (IIASA) to collaborate with the Academy of Sciences Malaysia to make the National Planet Health Action Plan a success.

The Ministry of Science, Technology and Innovation (Mosti) said in a statement tonight that the invitation was made by its minister, Datuk Seri Dr Adham Baba (pic) during a visit to IIASA in Laxenburg, Austria on Sunday (Sept 25).

Dr Adham was quoted as saying that IIASA, which was established in 1972, has expertise in systems analysis for various fields, especially those related to environmental science.

"Mosti invites IIASA to explore a collaborative platform with the Academy in contributing their knowledge in technical assistance to strengthen the PTKPN, which will be more integrated by the end of the year,” he said.

In addition, Dr Adham said the Plan would focus on two things, firstly the development of a surveillance, monitoring and impact tracking system (STIE Trend Watch) for the health of the planet as an enabler for its implementation.

Secondly, to increase research and development in the area of zoonosis towards the development of a national database for environmental genomics to control and prevent zoonotic diseases holistically through the Malaysia Genome and Vaccine Institute (MGVI), ASM and related agencies.

IIASA and the Academy have cooperated through various research areas, especially in tackling haze and biomass burning in Malaysia and Asia, palm oil without deforestation and projecting population and human capital changes in the country.

Since 2013, there have been 26 visits by IIASA researchers to Malaysia while 47 individuals, among them researchers, advisers and diplomats, from Malaysia had visited or attended at least one event at IIASA. - Bernama 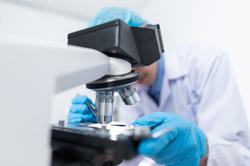