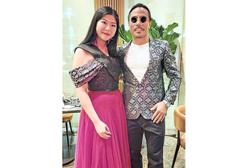 Malaysian designer Peony Sin and celebrity chef Salt Bae, who is wearing a songket jacket designed by her.

KUALA LUMPUR: Malaysian fashion designer Peony Sin, who extensively uses songket in her clothes, is getting international attention for her designs.

The famed Turk, whose name is Nusret Gokce, owns a string of restaurants in Istanbul, London, New York and Dubai.

Sin, who is presently in London for the city's just concluded fashion week, said she was thrilled to have the flamboyant restauranteur wearing her songket jacket.

"It's a real honour for Malaysia really because this is a traditional hand-woven fabric with intricate gold and silver threads.

"It is different from the normal clothing used in suits, so he was truly excited," she said in a telephone interview from London.

Sin met the condiment-sprinkling chef at his restaurant Nusr-Et in swanky Knightsbridge, London.

In 2001, MacDonald was named British Designer of The Year.

"All these happened during this National Day and Malaysia Day season. I am happy that Jimmy (Choo) and I kept the Malaysian flag flying," she said.

Sin is planning to have a counter or pop-up stall at Harrods department store, which is home to 5,000 designer brands. 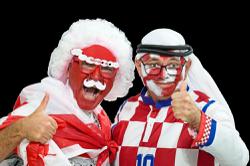