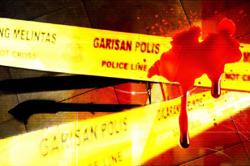 KUALA LUMPUR: An Australian man suffered injuries in a brawl at a nightclub at Jalan Tun Razak here on Friday (Sept 23).

"The fight involved five to six men and we believe the victim was assaulted by several men.

"One of them used a sharp object to cause injuries to the victim's neck, body and palms," he said when contacted on Sunday (Sept 25).

The victim was sent to Hospital Kuala Lumpur for treatment and he is in a stable condition, he added.

"We have detained three men aged between 20 and 30 in connection with the brawl.

"They have been remanded until Tuesday (Sept 27) for further investigation," he said.

Supt Ashari said the police were still tracking down other suspects who are still at large.

"We urge those with information to contact the Wangsa Maju police headquarters at 03-9289 9222," he said.