The following is her statement in full:

This motion is in line with our party’s stand which has consistently called for unanimous backing irrespective of political affiliation for amendments to the Federal Constitution.

Citizenship rights and gender equality are universal issues and the disadvantages that stem from gender discrimination especially against innocent children through no fault of theirs are totally unrelated to political alignment and must be remedied.

Our party has been pushing for the changes to the Federal Constitution to insert the word “or mother” after the word “father” or “parents” in Clauses (1)(b) and (1)(c) to Part II of the Second Schedule of the Federal Constitution. This is to prevent all doubts and to ensure clarity in the lexicon that both Malaysian fathers and mothers enjoy equal rights to bestow citizenship to their offsprings delivered overseas.

The rights of Malaysian mothers to confer citizenship to their infants born overseas is a matter close to the hearts of not only Wanita MCA members but all MCA members. We totally empathise with the anxieties and frustrations that Malaysian mothers and their non-Malaysian children who are trapped in this have to endure in their daily lives and want this issue to be resolved.

In the 2-1 majority decision by the Court of Appeal, the judges said it was up to Parliament, not the court, to rewrite the Constitution. It is thus more expedient than ever that the best 59th Malaysia Day gift to Malaysian mothers and their non-citizen children would be to enable the amendment to the Federal Constitution.

We also assert that if and once these provisions in the Federal Constitution have been revised, all government authorities be it the National Registration Department and all Malaysian foreign missions abroad must accept such registrations by Malaysian mothers. These government authorities must not lay out any bureaucratic red tape to stifle a mother’s bid to hand over citizenship to her children. 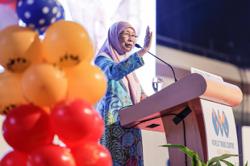 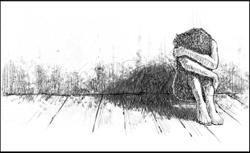