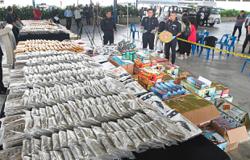 GEORGE TOWN: Several roads in Penang will be closed to make way for the 26th edition of the World Congress on Innovation and Technology (WCIT) 2022.

"We are expecting around 4,000 delegations during the congress from Sept 13 to 15, and 7,000 people during the closing ceremony.

"The locations involved are Setia SPICE convention centre, Eastern and Oriental Hotel and the Esplanade.

"Delegations from both international and local are expected to come to the state to participate in the launch, exhibition, dialogue and closing ceremony of the programme," he added.

He said traffic congestion is expected to occur around the Setia SPICE convention centre and George Town during the event.

"We hope the public can give full cooperation and plan their journeys by taking alternative roads to avoid congestion that may occur in the areas involved," Comm Shuhaily said during a press conference at the northeast district police station on Friday (Sept 9).

Comm Shuhaily added that the public who wished to join in the closing ceremony on Sept 15 can park their vehicles at the multi-storey parking building at Lebuh Union and Lebuh Pantai as well as Lebuh King, Lebuh Penang, Lebuh Downing, Lebuh Union, Pesara King Edward and Lebuh Pantai, which is near the Esplanade.

On a separate issue, Comm Shuhaily said the number of motorcycle theft cases in the state had increased, especially after the reopening of borders.

"Motorcycle thefts usually involve models that have been discontinued. I believe the thieves are aiming for motorcycle spare parts," he said.

He added that most of the stolen motorcycles were non-luxury models.

Comm Suhaily added that the police will monitor the increasingly rampant prostitution activities within the state. 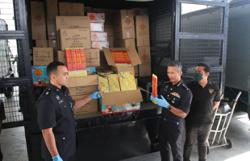 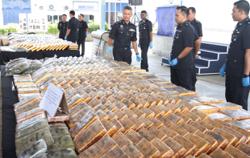