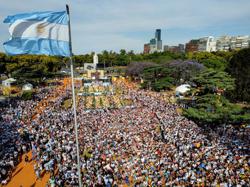 The national men's dodgeball team won the gold medal at the World Dodgeball Championship at the Saville Community Sports Centre in Edmonton, Canada on Monday (Sept 5).

He said the achievement was a meaningful gift for the country which celebrated its National Day on Aug 31 and would be celebrating Malaysia Day next week.

"I hope that this achievement will be an inspiration for the national athletes to work harder to achieve the best results in their respective sports tournaments," he said in a post on his official Facebook page Tuesday (Sept 6).

The Malaysian men’s team, ranked world number one, had also emerged champions in 2017 and 2018.

In the 2019 championships held in Cancun, Mexico, Malaysia won silver after losing to Canada in the final. - Bernama

Wee Sheng and Co believe they can bring back the gold