Cash is no longer ‘king’ in a cashless society 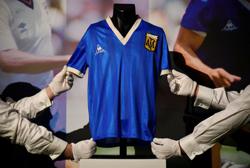 PETALING JAYA: More Malaysians are opting for cashless transactions since the reopening of the country’s borders for travelling.

Customer experience specialist Emilly Christal Carol Tony, 26, who recently travelled to Singapore, said it was easier to use cashless payments as she could track her expenses.

She said the method was convenient and she also enjoyed a better exchange rate.

“I also look for traders who offer the cashless payment method,” said Tony.

Another traveller, Joseph Tan, 40, who went to Madrid, Spain, said travelling cashless saved him time from queueing at the money changer.

It also frees him from the hassle of changing currency multiple times when he is in transit in other countries.

“If I exchange a lot of money and not use all of it, then I have to exchange it to ringgit in Malaysia, which means I’ll lose value.

“Whereas the money inside my card remains, and when I go back to Malaysia I can just use it and the transaction is in ringgit.

“I was also on transit in Doha, Qatar, and I didn’t have to change to Qatar currency,” the media executive said.

He could pay for just about anything in Madrid since it was a big city, he added.

A writer, who wishes to be known as Candy Shen, said that while Malaysians were catching up on the use of ewallet and cashless transactions since the Covid-19 pandemic, people in many countries had already done so.

“Cashless payments are really popular in South Korea and China. When I was in Finland, we even had to pay to use the toilet with our credit cards and many places such as food courts discouraged people from paying in cash,” she said.

Tourists in Kuala Lumpur said that while they prefer cashless transactions for big amounts, they still use cash for petty traders.

Thai national Sasithorn, 39, said she would pay by either cash or cashless payments, whichever was convenient to her.

“We don’t use the QR code payment here because I think it’s quite difficult to find premises offering this. We only use credit cards,” she said.

Christoph Mueller, 34, from Germany said he would use all types of payment methods as long as they were convenient.

“It depends on where we are. In hotels, we use credit cards and in small shops we usually use cash,” he said.

Mueller added that as the exchange rate for credit cards and cash was more or less the same, he used both.

New Zealander Brennan, 56, said he would prefer it to be cashless during his travels to Malaysia.

However, he is currently using both cash and cashless payments for convenience.

“For small things, we use cash but in hotels we use cards,” he said.

Italian Massimo, 35, said it was easier to use cards when travelling.

“With cards, it’s easier. Cash is difficult because you have to withdraw money.

“It’s much easier with the card and you can trace the payment,” he said.