Dude doesn’t know where his car is, but it has racked up over 100 summonses

KUALA LUMPUR: A 57-year-old plumber has incurred more than 100 traffic summonses for a car he sold to a second-hand car dealer some 12 years ago.

The victim Kor Eng Chai thought that the ownership of the Proton Wira Aeroback had been transferred, but unfortunately, the dealer allegedly duped him.

"I purchased a new car through the dealer and traded in the Proton Wira on Oct 24, 2010.

"The dealer even wrote a ‘guarantee’ letter promising to take full responsibility for the vehicle," he told a press conference organised by MCA Public Services and Complaints Department head Datuk Seri Michael Chong at Wisma MCA on Friday (Aug 26).

However, Kor only discovered that the car ownership was still under his name when he received an insurance invoice on Jan 26, 2017.

In August this year, Kor's plight worsened when he discovered that the same Proton Wira had more than 100 overdue summonses totalling RM7,440 from August 2018 until September 2020.

"It is disheartening to know that I sold the car for RM7,500 but the overdue summonses are almost worth almost that amount.

"I managed to contact the used car dealer initially and he promised to investigate. However, I did not manage to contact him again as he refused to answer my calls or reply to my texts," he said.

Kor urged the new user of the car with the registration number JFG 9226 to come forward to sort out the matter.

"I also appeal to the public to report the matter to the police if they see the car anywhere," he added.

Chong advised the public to follow proper procedures when they intend to sell their vehicles.

"I already received about four such cases this year.

"Most of the time, the victims are bankrupt as they cannot afford to pay the overdue finances of their previous cars," he said.

He said the public should also go to reputable and legitimate second-hand car dealers.

"The victims are paying the price due to their carelessness.

"We hope the public will be vigilant and follow proper procedures when selling their vehicles," he said. 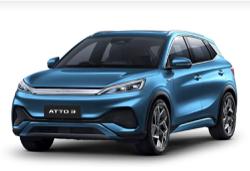