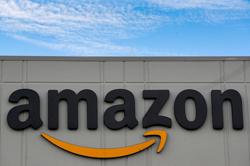 KOTA KINABALU: Sabah Electricity Sdn Bhd (SESB) aims to increase their renewable energy (RE) generation to 40% in three years from the present 15%.

“We are working to increase that to 40% by 2025,” he said at the recent Sabah Renewable Energy Rural Electrification Roadmap (SabahRE2) Convergence.

During the event, representatives from public and private sectors as well as non-governmental organisations got together to talk about the future of the state’s power system and planning.

Kouju's comments on the matter were shared in a statement released by SabahRE2 on Wednesday (Aug 17). SabahRE2 is a consortium of four organisations namely Tonibung, Pacos Trust, Forever Sabah and Green Empowerment.

“That would pave the way for UNTS to create Sabah’s own Electricity Supply Enactment, as well as utilise more renewable sources to meet the state’s generation needs,” she said.

The event also highlighted the need to adapt current laws and policies on electricity to include mini-grids as a solution to fully connecting the rurals in Sabah with electricity supply.

“By integrating considerations for small-scale mini-grids into legislations, we could be on our way to achieving 100% rural electrification in Sabah,” she said.

Assistant Minister to the Chief Minister of Sabah Datuk Abidin Madingkir commended the SabahRE2’s efforts in gathering government agencies, civil society and private sector entrepreneurs to meet on a common ground for action in bettering the electricity ecosystem in the state.

Among some of the key takeaways from the event were suggestions to include considerations for payment systems, the transport sector, carbon emissions-related financing and energy storage in the SabahRE2 Roadmap. 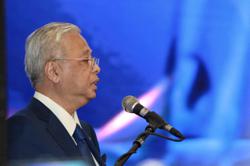