The special aircraft carrying Their Majesties took off from the Bunga Raya Complex, Kuala Lumpur International Airport (KLIA) here, at about 10am.

Before leaving, Their Majesties were given a Royal Salute by the First Battalion of the Royal Malay Regiment, consisting of four officers and 103 members, accompanied by a 21-cannon shot and the national anthem.

Meanwhile, Comptroller of the Royal Household for Istana Negara Datuk Seri Ahmad Fadil Shamsuddin said the state visit by Their Majesties was at the invitation of President Recep Tayyip Erdogan.

He said the state visit to Turkiye was scheduled for last year, but it was postponed due to the Covid-19 epidemic.

Ahmad Fadil said that while in Turkiye, Al-Sultan Abdullah is scheduled to meet with Erdogan at the Presidential Palace, Ankara.

On Tuesday (Aug 16), Al-Sultan Abdullah and Tunku Hajah Azizah are scheduled to attend a state banquet hosted by Erdogan at the Presidential Palace, he said.

On Wednesday and Thursday, Their Majesties will have a separate programme in Ankara, before leaving for Istanbul.

However, before leaving Ankara, Their Majesties are scheduled to visit the Diyanet Islamic Library.

On Saturday (Aug 20), Their Majesties are scheduled to visit the Dolmabahce Palace.

He said the state visit symbolised the importance, closeness and strong bilateral relationship between Malaysia and Turkiye which was established since 1964.- Bernama 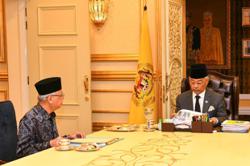 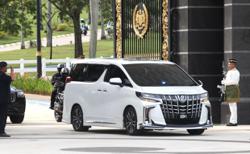