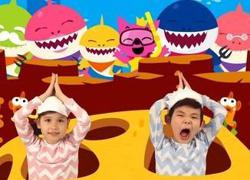 No small feat: Kiyo posing with her many awards which consist of 17 gold, 10 silver and 11 bronze medals so far.

JOHOR BARU: It’s no small feat for a kindergartener to compete against pianists much older than her, but Kiyo Nai Yow Jia has done just that and put her name and Malaysia on the map.

Even before completing her kindergarten, the six-year-old had already competed against much older musicians from 22 countries such as Canada, Italy, France, Greece and China. She had bagged 17 gold, 10 silver and 11 bronze medals.

She was also listed in the London Young Musician of the Year for pianists under 10, an international online classical music performance competition for those under 28 years old.

According to her mother P’ng Kher Ching, who is also her piano teacher, Kiyo obtained a Grade 5 certification – by the United Kingdom’s Associated Board of the Royal Schools of Music – for her piano performance when she was five last year.

“Funnily enough, she never really showed much interest in playing the piano before this, even though I had been a piano teacher for 19 years.

“My daughter only started playing the piano for fun about two years ago after watching me teach my students online during the Covid-19 pandemic when physical classes were not allowed.

“While I taught my students, I noticed that she could play the notes by ear as she did not know how to read music scores yet; that was when I realised I should guide her with proper lessons,” P’ng said in an interview.

The 37-year-old single mother said she was proud of Kiyo and at the same time surprised by her progress as most children only start their first level of piano playing at age seven.

Kiyo was preparing for her Grade 5 music theory and Grade 8 performance examination. She added that her daughter’s only hindrance for now was her size because her legs could not reach the piano pedals when she played.

P’ng added that after Kiyo’s interest in piano was “ignited”, she developed a habit of going to their piano room at home to tickle the ivories, including before and after mealtimes.

“My only regret is not being able to send her overseas to compete in other competitions due to the costs – she missed an opportunity to perform at Carnegie Hall in the United States, which is the ultimate destination for the world’s finest musicians.

“Most of the competitions she entered were conducted virtually and the awards were mailed to our home,” she said, adding that they travelled to Singapore by bus recently to enable Kiyo to have the experience of physically receiving a hard-earned prize.

Though many view the piano as an “elite hobby”, P’ng hoped society would look at the instrument as an educational tool that gives meaning to the person playing it.

Asked if she aspires to become a pianist or music teacher like her mother, the girl ironically said: “No, I want to be a nurse.”

“It is up to her to pursue what she wants in the future, but I hope she can combine both of her interests and become a music therapist to help those in need through the power of music,” she said.