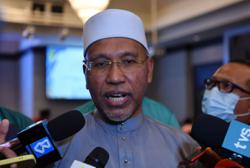 KUALA LUMPUR: A total of 284 people, the last group of Malaysian pilgrims, have returned home safely, marking the end of the Haj Season Operation 1443H/2022M.

"Alhamdulillah, overall, we are very grateful that this Haj operation went smoothly without any major untoward incidents in the endemic phase of Covid-19. Additionally, weather conditions were also quite hot, reaching almost 50°C.

"All 14,305 Malaysian pilgrims and 340 TH personnel have returned home safely through 49 Malaysia Airlines and Saudi Airlines haj charter flights from July 17 to Aug 13," he said in a statement on Saturday.

In addition, Azman said the national haj management was also recognised by the Government of Saudi Arabia as one of the best and the pilgrims also received praise for their discipline, knowledge and focus throughout performing the pilgrimage.

Meanwhile, Amrin said TH always strives to improve services to pilgrims and the initial preparations for next year's Haj season operations (1444H/2023M) will be implemented immediately based on the evaluation of this year's operations.

He said TH at the beginning of this year, had estimated the cost of performing haj for pilgrims at RM25,540 per person, but the actual cost per pilgrim had increased to RM28,632.

"Among the cost increase factors that are beyond TH's control is the cost increase for existing services, additional charges for new facilities provided during masyair (movement of pilgrims from Arafah and then onwards to Muzdalifah and Mina, which is the culmination of haj rituals) including the facilities provided in Arafah and Mina, such as tents, toilet facilities, meals and the use of new buses in Saudi Arabia.

He said that for the 1443H/2022M haj season, the total amount of Haj Financial Assistance is RM185.7mil and TH will continue providing financial assistance next year through a targeted approach to ensure that it is fully utilised by those in need.

In the same statement, TH also expressed its appreciation for the Saudi Arabian government's willingness to choose Malaysia for the Immigration Pre-Departure Programme, known as the 'Makkah Route' a success, to facilitate the journey of pilgrims.

"TH also greatly appreciates the cooperation provided by the Royal Embassy of Saudi Arabia (Kuala Lumpur), the Malaysian Customs and Immigration Department, the Police, Malaysia Airports Holdings Berhad as well as various other agencies in making this year's haj operations a success," the statement read. – Bernama 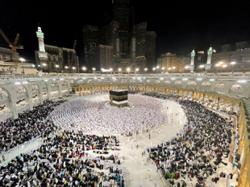