PETALING JAYA: While some Malaysians debate on the role of our national language, Thailand has taken a step further by mooting Bahasa Melayu as the third language in its education sector.

Syllabus frameworks to teach Bahasa Melayu in secondary schools in Thailand have already been completed which will further enhance the teaching of the language in the country, says Thammasat University East Asian Studies Institute director Assistant Prof Dr Chaiwat Meesanthan.

"The framework for the syllabus to teach Bahasa Melayu in Thai national secondary schools has already been completed, it’s just in the process of polishing up.

"The Thai government under the Education Ministry has also provided scholarships for teachers to attend Bahasa Melayu teaching courses in Malaysia and Indonesia to improve the language education in Thailand," said Dr Chaiwat, who also chairs the country’s committee for Bahasa Melayu syllabus for secondary schools.

At the tertiary level, Dr Chaiwat said that there was an increasing number of university students taking the language course due to its potential in the labour market of the region.

"These students are aware of the importance of Bahasa Melayu, especially in the working sector as the language is spoken by over 300 million people in the South-East Asian region," he said when contacted.

In the region, Bahasa Melayu is recognised as a national language by four countries such as Malaysia, Indonesia, Singapore and Brunei, though with their own language standardisation.

The language is also unofficially spoken by a certain portion of the population in the Philippines, Cambodia, Thailand, East-Timor and even the Australian Cocos and Christmas Islands.

Dr Chaiwat added that the teaching of the language that previously only concentrated on the southern part of Thailand, where there is a significant amount of Malay speakers, has now been expanded to other areas as well.

There are at least 17 universities that offer Bahasa Melayu throughout the country, he added.

"The students that have taken the course are not only of Malay or Muslim descendants, there were also students from other ethnicities and religion," Dr Chaiwat said, who is also Bahasa Melayu lecturer in Thammasat University.

He added that at the university located in Bangkok, over 200 Thai students showed their interest towards taking the course as their third language every year.

"Since the year 2000, a total of 1500 graduates have taken Bahasa Melayu as their third language in Thammasat University," he said.

He added that the teaching of Bahasa Melayu in the universities is divided into two categories: Bahasa Melayu Malaysia and Bahasa Indonesia (Indonesian language).

"The categories depend on the background of the lecturers as well as the support given by the embassies of respective countries," Dr Chaiwat said.

Bilateral collaboration to further enhance the teaching and learning of Bahasa Melayu in Thailand has also been in the works through partnerships with Malaysian universities.

"Every (Thai) institution that teaches the Bahasa Melayu course has their own Malaysian counterparts. 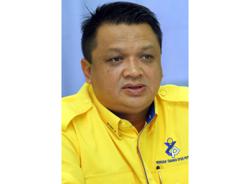