KUALA LUMPUR: The safety standards for heavy and commercial vehicles must be up to scratch to mitigate the risk of accidents, says the Road Transport Department (JPJ).

Its director-general Datuk Zailani Hashim said there had been an increase in accidents involving heavy vehicles.

“Based on police statistics, 19,888 lorries were involved in road accidents across the country between January and June.

“This is a 28% increase compared to the same period last year,” he said yesterday at a Puspakom inspection centre here.

A special operation was conducted at the centre to make sure that the standard operating procedure was adhered to while ensuring the roadworthiness of vehicles.

The “end-to-end” spot check, which started at 9am, was specifically carried out on a Monday due to the high volume of vehicles sent to the centre.

“On Mondays and Fridays, we get the most vehicles. On an average, we can inspect nearly 400 vehicles on a Monday,” said Zailani. He also emphasised the importance of safety standards for commercial vehicles.

“The momentum of an overloaded truck could also affect its performance,” he said.

During the operation, 73 summonses were issued, with infractions including improper compliance to safety standards and failing drug tests.

“Three of the drivers, who tested positive for drugs, have been handed over to the National Anti-Drugs Agency,” Zailani revealed.

Following yesterday’s operation, Zailani said several improvements on the vehicle inspection procedures at Puspakom would be carried out.

“We will increase the frequency of our inspection and audit operations, particularly on the centres that inspect heavy vehicles.

“The procedures to inspect items that require a high level of safety assurance, such as brakes and tyres, will be reviewed again in the near future,” he added. 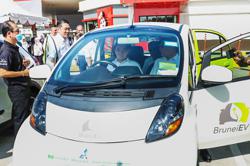