Its chief Datuk Dr Asyraf Wajdi Dusuki said an independent and comprehensive probe on this issue must be done in the interest of the people.

ALSO READ: Why did the LCS project only achieve 5% completion in 17 months under Pakatan rule, Najib asks

"Accusations, provocations and assumptions made over this matter have become unhealthy.

"It has created a negative perception and raised questions on the country's military assets, our defence preparedness and the safety and sovereignty of the nation," he said in a statement on Tuesday (Aug 9).

Asyraf said that Umno leaders serving the current and previous governments have also demanded for an investigation and action to be taken following the audit report released by the Public Accounts Committee (PAC).

The PAC report presented to Parliament on Aug 4 said some RM1.4bil allocated by the government for the LCS project signed in 2014 had been used for other purposes, including cost overruns.

Another RM255mil worth of LCS equipment, or 15% of the RN1.7bil worth, which was kept in storage for the project is now obsolete.

On July 19, The Star reported that anti-graft investigators were convinced that they have enough evidence to bring about charges against several individuals in the multi-billion ringgit LCS scandal.

Why did the LCS project only achieve 5% completion in 17 months under Pakatan rule, Najib asks 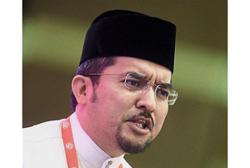