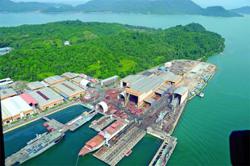 The former prime minister said Boustead is owned by the Armed Forces Fund Board (LTAT) so all profits of the project will shift to the armed forces.

"Boustead belongs to LTAT so that all the profits of the project will go to the fund of the military personnel in the end.

"Boustead can build up local expertise to build ships and the costs for added ships and maintenance costs are subsequently cheaper.

"If it is given to a foreign contractor to build it completely, then local expertise to build our combat strength cannot be built up, locals do not get jobs and local supplier companies do not benefit from it," he said in a Facebook post on Monday (Aug 8).

Najib was responding to a video which Muar MP Syed Saddiq Syed Abdul Rahman had posted on the TikTok app and on Facebook.

In the brief video, Syed Saddiq pointed out that the Littoral Combat Ship (LCS) was not given through open tender, but was awarded through direct negotiation to the contractor Boustead Naval Shipyard.

Syed Saddiq also highlighted the project was awarded during Najib’s term as prime minister and alleged the then Barisan Nasional government of prioritising the alleged “crony contractor” despite the navy chief’s reprimands.

Syed Saddiq also said the contractor had been given RM6bil when the LCS project had only reached 25% completion, with RM400mil used to pay an old debt and also alluded to RM1.7bil of equipment being left in storage.

Najib rebutted Syed Saddiq’s claims that the Barisan Nasional (BN) government had previously given a RM9.1286 billion contract for six LCS to a "crony" contractor.

"LTAT's Boustead company is a crony of whom?

"When you make accusations, do you have a brain?" he sarcastically asked.

"Boustead will record profits from this LCS project. Not all the project price of RM9bil is the project cost only.

"So what is wrong for Boustead to use part of the profits from the project to pay off the old debt of the NGPV project?" Najib asked.

He also questioned Syed Saddiq if supplying NGPV ships to the Royal Malaysian Navy (TLDM) was not for national security purposes.

Another RM255mil worth of LCS equipment, or 15% of the RM1.7bil worth, which was kept in store for the project, is now obsolete.

Former commander of the Royal Malaysian Navy, Tan Sri Abdul Aziz Jaafar and the main contractor of the LCS ship project BNS were also among those called for the proceedings. 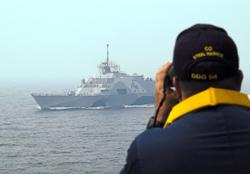 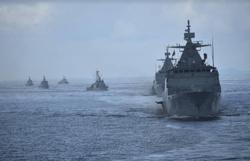