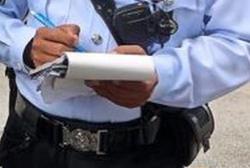 IPOH: Police are investigating a viral video claiming that a policeman wrongfully accused a motorist of running a red light.

Ipoh OCPD Asst Comm Yahaya Hassan said the incident occurred near SMK Yuk Choy at Jalan Kuala Kangsar at around 7.30am on Aug 5.

“Based on the investigation, the motorist was heading to Ipoh town when he was stopped by traffic police personnel.

“The case is being investigated by the Integrity and Standard Compliance Department,” he said in a statement Saturday (Aug 6).

Earlier, a Facebook user using the name “Taiping Kini” uploaded dash cam footage showing a traffic police officer telling a motorist that he had broken the traffic rules while the video seemed to indicate that the motorist had not beaten the red light.

The seven-minute, 11-second video had received over 500 shares at time of writing.