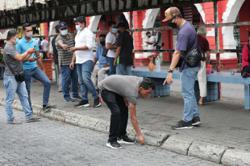 JOHOR BARU: Litterbugs, beware – the next time you throw rubbish around, especially in public areas, your act could be caught on camera.

Solid Waste Management and Public Cleansing Corporation (SWCorp) Malaysia is urging members of the public to record such irresponsible behaviour on camera and upload the images or footage to social media.

SWCorp chairman Datuk Rizalman Mokhtar said littering was just the action of certain individuals and certainly not a trait of Malaysians.

“But if such acts continue without any proper action, it will have an impact on the general public. Making such videos viral on social media can instil a sense of shame in these litterbugs and (also encourage) discipline in ourselves not to throw garbage around,” he said

Rizalman said this after officiating Cleaners' Day celebrations and launching a Jalur Gemilang campaign in conjunction with National Day at the Masjid Sultan Iskandar public park here on Wednesday (Aug 3).

He cited the impact of dashcams catching the bad behaviour of some road users.

“Now, when there (are more) dashcams in cars, people who like to cut and pass in the emergency lane (among others) will hesitate to break traffic laws.

"So cameras can also be used to take pictures of individuals who litter everywhere and make them more aware," he said.

Rizalman added that members of the public can be the eyes and ears of SWCorp, in line with its Berani Tegur (ready to reprimand) campaign, (to make) individuals who like to litter ashamed of their act. 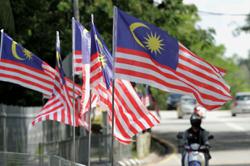 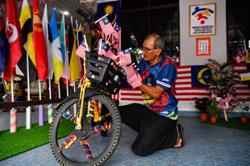