To achieve a smoke-free and healthier lifestyle for future generations, the proposed Tobacco and Smoking Bill prohibits people born in 2007 and subsequent years from smoking, buying or possessing any type of smoking product.

EXCITEMENT and trepidation erupted for many when Health Minister Khairy Jamaluddin announced in February this year that Malaysia would adopt the “generational endgame” stance through a striking new law to ban the sale of cigarettes, tobacco and vape products to those born in 2007 and the years after.

The newly proposed Tobacco and Smoking Bill is intended to reduce smoking prevalence among Malaysians to 5% in 2040.

In the National Health and Morbidity Survey 2019, data on smoking behaviour among teenagers showed that:

Clearly, the damage to one’s health from smoking has been made known over the past three decades as more lawmakers draft anti-smoking legislation.

We can draw parallels between our international neighbours like the Philippines, New Zealand and the United Kingdom with what’s currently playing out in Malaysia with our Tobacco and Smoking Bill. 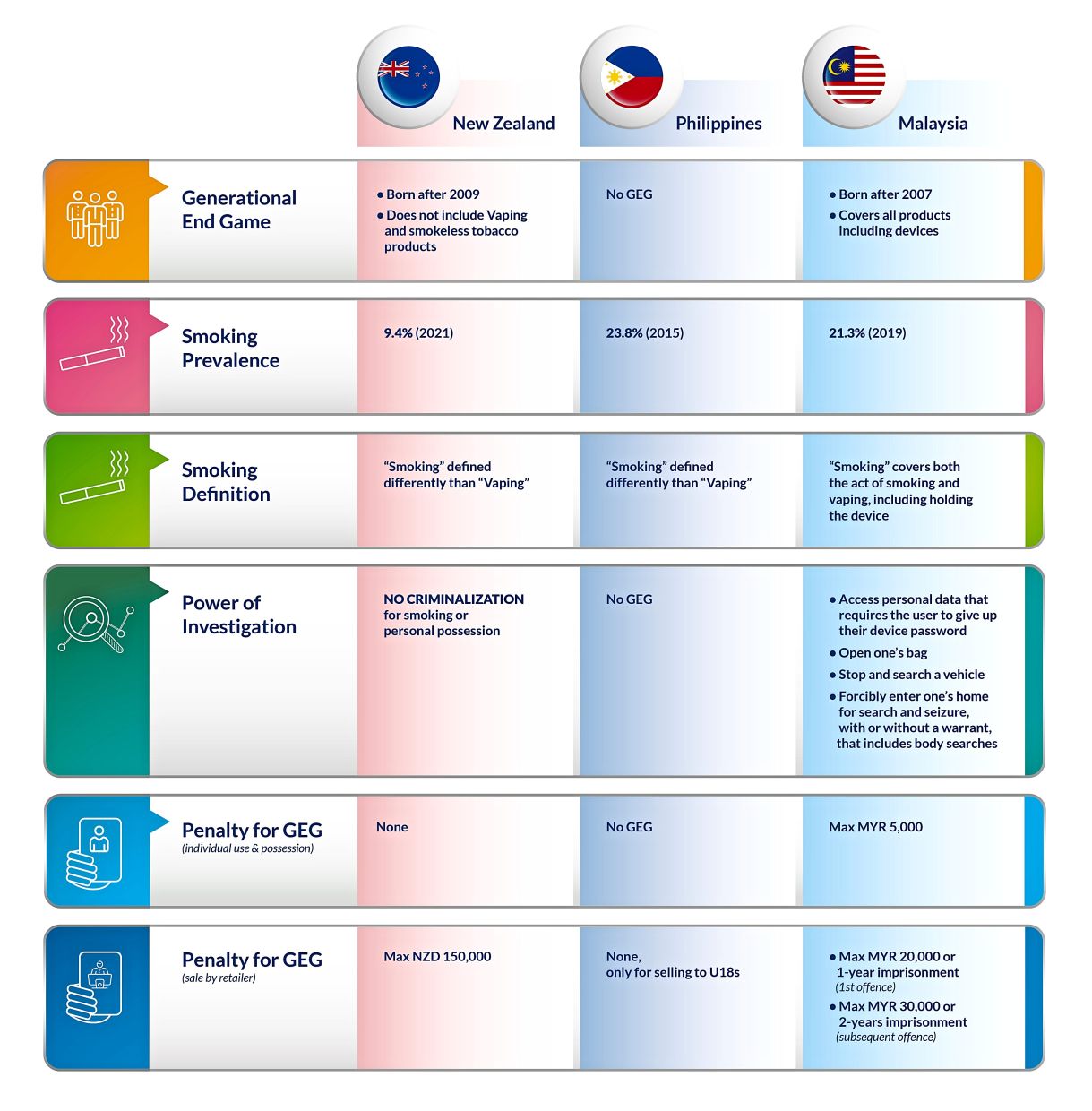 On July 28, the Philippines’ measure on regulating the importation, manufacture, sale, packaging, distribution, use and communication of vaporised nicotine and non-nicotine products, as well as novel tobacco products, became law.

Philippine News Agency reported that the Department of Trade and Industry is tasked to consult with the US Food and Drug Administration in setting technical standards for the safety, consistency and quality of vape products under the new law.

Importantly, the department of health is mandated to prescribe guidelines on the implementation of smoking and vaping restriction awareness campaigns.

The law also sets the minimum age for the purchase, sale and use of such products to 18 years of age, ensuring that minors are protected while giving adult smokers access to alternatives.

Further east, New Zealand’s government proposed a smoking ban last December which targets the 2008 generation in a proposal starting in 2027.

Their ban states that those born after 2008 would not be permitted to legally buy cigarettes or tobacco products ever in their lifetime.

However, vape products are excluded from New Zealand’s proposed prohibition which is where our Tobacco and Smoking Control Bill differs from the Kiwis’.

As the tobacco and vape industry players come out to show support for a smoke-free Malaysia, a larger question remains: is the Bill comprehensive enough to avoid unintended consequences?

How to prevent unintentional harm

Opponents of tobacco and smoking in Parliament have expressed concerns regarding Khairy’s Tobacco and Smoking Control Bill, citing efficacy and possible gaps it may miss.

In a report by CodeBlue, PKR president Anwar Ibrahim said he would only vote for the tobacco bill if it was amended to include “mechanisms for effective implementation”.

“There are many issues not resolved. You have to revise it; you don’t bulldoze legislation that has a massive impact – rural, Orang Asli – you have to find them, you have to negotiate with them too,” Anwar told CodeBlue on July 20 this year.

Perhaps then instead of a prohibitionist approach, a more scientifically-backed, evidence-based strategy should be considered. 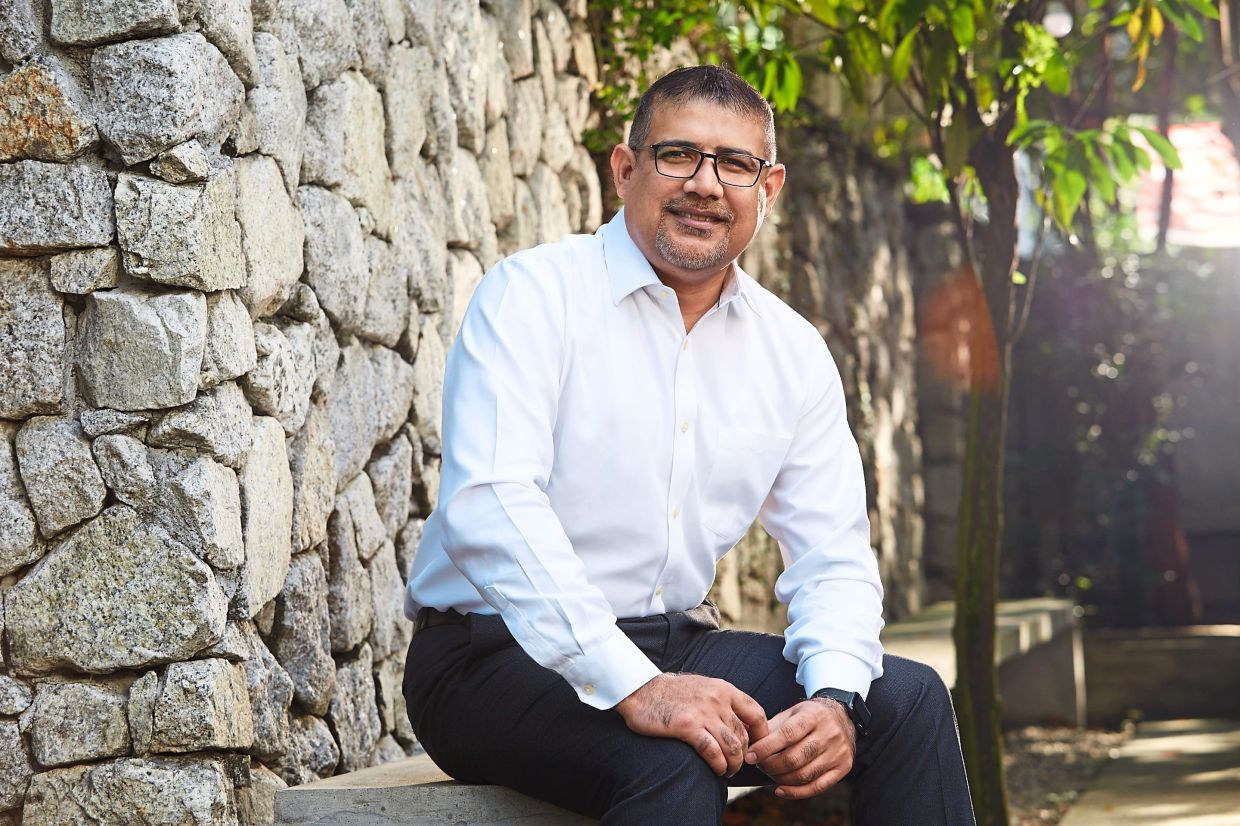 Naeem Shahab Khan: In the long term, it’s about a smoke-free Malaysia. From the generational endgame perspective, outright prohibition has generally not produced positive results.

“You need the right approach to achieve the target – which is to reduce smoking prevalence in Malaysia, but you also have to ensure that people don’t turn to the illicit market.”

According to the US Food and Drug Administration (FDA), alternatives like the IQOS Tobacco Heating System support modified risk orders set by the agency as it “heats tobacco and does not burn it” which “significantly reduces the production of harmful and potentially harmful chemicals compared to cigarette smoke.”

Naeem added that harm reduction is an avenue to be considered and legislation ought to consider separate classifications for combustible and non-combustible products.

“More scientifically substantiated products need to be considered in this Bill. With a harm reduction approach, we can move traditional smokers onto less harmful products by giving them a better alternative to turn to.

“In the long term, it’s about a smoke-free Malaysia. From the generational endgame perspective, outright prohibition has generally not produced positive results.”

Naeem added that the Bill in its current state raises questions on privacy and personal choice by different communities and should therefore ensure that individual rights are respected and all aspects of the bill should be reviewed with careful consideration.

An area of concern is the broad language of the legislation and the criminalisation of those who purchase, possess, and use tobacco and vape products, as well as smoking or vaping, by anyone born from Jan 1, 2007, with a maximum RM5,000 fine upon conviction[1].

Section 30 of the proposed Tobacco and Smoking Bill also gives an officer the authority to search a person’s belongings for tobacco products, cigarettes, vape and other related products. The following clause then states that officers also have the authority to stop, search and seize as well.

Meanwhile, shopkeepers and cigarette vendors are prohibited from displaying tobacco products, and smoking devices as well as their substitutes or from selling them to those covered by the ban.

Offenders may face a fine of up to RM20,000 or one year’s jail or both upon conviction.

Parliament Special Select Committee (PSC) on Health, Science and Innovation chair Bandar Kuching MP Dr Kelvin Yii said in a media statement on July 28 that the PSC “acknowledges the different concerns raised by all stakeholders and see the importance of addressing certain implementation gaps, and to set a mandatory review and monitoring framework to ensure the Act achieves its intended target without causing any unintended consequences.”

Yii raised the same concerns on the enforcement power issues in the Bill itself, especially involving juveniles and even children.

“The power to inspect, possibly body check and punish a child for possession must be heavily controlled to prevent abuse. That is why the guidelines for enforcement must be very clear and specific on this to ensure the vulnerable are not victimised by the law, especially the poor,” he continued.

On countries that have succeeded in reducing smoking prevalence like the United Kingdom, Public Health England noted that creating a smoke-free society means giving smokers options to quit with.

Public Health England found that “advising smokers on the relative risks of nicotine-containing products compared to smoked tobacco is an integral part of supporting them to quit. Insufficient nicotine replacement and premature cessation of it are both associated with relapse to smoking.”

Yii and the PSC further recommended a potential need to create separate legislation to regulate e-cigarettes and vape. The PSC added that regulation of non-combustible tobacco products should refer to the evidence-based and harm reduction approach taken by the UK’s National Institute for Health and Care Excellence (NICE)[3]. No more ‘stacks of cash’
Still no rest for Wan Junaidi despite passing of Bill
Review of July supplementary electoral roll now open
Only four states have anti-hopping law for now
Water level at most dams good
Ramli pleads not guilty
Najib and lawyers shocked by double rejection
PM: Govt has not shirked its responsibilities
A new arena for Farkhan, but he’s ready for the fight
Flags flying proudly in show of love for nation