Malaysia remains at bottom tier in US human trafficking report

KUALA LUMPUR: For the second year in a row, Malaysia is in the lowest tier rank for not fully meeting the minimum standards of eliminating human trafficking here.

Based on the Trafficking in Persons Report July 2022 (the United States of America, Department of State), Malaysia falls under Tier Three, joining 10 other countries in the world, which include China and Myanmar.

The report stated that Malaysia does not fully meet the minimum standards for the elimination of trafficking and is not making significant efforts to do so.

"Even considering the impact of the Covid-19 pandemic on its anti-trafficking capacity, Malaysia remains on Tier Three.

"Despite the lack of significant efforts, the government took some steps to address trafficking.

"The government amended its anti-trafficking law and Employment Act to include a more expansive definition of forced labour.

"They (Malaysia) have convicted more traffickers than the previous reporting period and issued more freedom of movement passes for identified victims in government-funded shelters.

"It has increased the number of interpreters and victim assistance specialists (VAS) to assist victims through the judicial process and adopted a five-year national action plan (NAP) against forced labour," the report said.

The report said however, as in previous years, the government did not adequately address or criminally pursue credible allegations from multiple sources alleging labour trafficking.

The report then listed 15 prioritised recommendations to the government, all of which were repetitions from previous reports.

"Expand efforts to inform migrant workers of their rights and Malaysian labour laws, including their rights to maintain access to their passports at any time, as well as opportunities for legal remedies to exploitation.

"Eliminate recruitment or placement fees charged to workers by recruiters and ensure recruitment fees are paid by employers," the report further suggested.

The report added that the government did increase its law enforcement efforts with the Anti-Trafficking in Persons and Smuggling of Migrants (Atipsom) Act 2007 which criminalised labour trafficking and sex trafficking being amended for the third time in December 2021 (which increased the penalties for some offences and expanded the definition of trafficking to include other means).

"Nevertheless, officials did not consistently understand the definition of trafficking.

"Prosecutors often interpreted the definition of trafficking under Atipsom to require the physical restraint of a victim to pursue trafficking charges, which meant prosecutors did not pursue many potential trafficking cases — especially in cases where coercion was a primary element used by traffickers," it read. 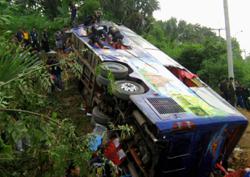