Workers from 15 countries for some industries

KUALA LUMPUR: The manufacturing, construction and services industries will be allowed to hire foreign workers from 15 source countries.

According to Hamzah, the meeting also agreed to approve the application for the employment of foreign workers in the swiftlet nest industry by the Agriculture and Food Industry Ministry.

Foreign workers will also be allowed to be employed in the scrap items and laundry sub-sectors.

“Among other things, we also agreed to allow foreign workers from all 15 source countries to work in the manufacturing, construction and services sectors.

“We also agreed on looking at the appropriateness of allowing foreign workers in all sectors, including the sub-sectors that have been frozen,” said Hamzah.

Hamzah said based on a study conducted by the Institute of Labour Market Information and Analysis, the meeting had agreed to allow low-skilled foreign labour in the port warehouse sub-sector.

However, he said, control elements were still required to ensure that the decision did not affect employment opportunities for locals, adding that the employment of foreigners in the sub-sector would be regulated by the Transport Ministry.

A working paper by Construction Labour Exchange Centre Bhd to manage the hiring of more than 100 foreign workers at any one time has also been approved, as long as the hiring process is in accordance with the law. 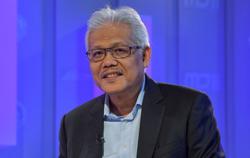