By GERARD GIMINO and JUNAID IBRAHIM

PETALING JAYA: The shortage of medical officers in the national healthcare system may take a turn for the worse due to a change in policy, laments a group of affected doctors.

The Public Service Department’s (JPA) announcement on July 4 that contract doctors, dentists and pharmacists under its scholarships were permitted to apply for release from their bonds could trigger an exodus, they said.

Those working in the already short-handed national healthcare system are concerned that they will be overburdened further.

A contract doctor, who spoke on condition of anonymity, said he was worried that this would cause the situation to deteriorate at government hospitals.

“The patient turnover rate where I am based is already very high and we need all the doctors we can get,” he said.

“We have been on high gear since Covid-19 overwhelmed the system and a potential departure can exacerbate the situation.”

He opined that it would be a waste of taxpayers’ money to allow those whose education was publicly funded to forgo their bond.

“We already have doctors who have gone overseas and not returned after finishing their bonds, so what more the current ones who have the option of being released?

“Although this move can make the affected contract doctors happier, it will be better for the government to improve the current contract system holistically and tackle the predicament faced by contract doctors,” he said.

He went on to say that this might be accomplished by, among other things, building better career pathways and clearly listing entitlements.

One of the chief complaints is not being able to secure permanent positions, even after years of service.

“It will cause most of us to opt out of the bond and leave the public sector, which will be a loss for the taxpayers who funded our studies.

“It’s a loss for the country too,” said the doctor, who is attached to a government hospital in Johor and has been serving for almost three years under the bond.

He added that both JPA and the Health Ministry should have a discussion and align their expectations to avoid wasting talents.

Hartal Doktor Kontrak spokesman Dr Muhammad Yassin emphasised that the option for contract doctors to leave the national healthcare system without completing their bonds would lead to more harm than good.

“Medical personnel within the system are already being swamped,” he said.

“Those choosing to remain will have an increased workload, which can jeopardise the quality of services provided to patients.”

He expected a minimum of 1,000 contract doctors to apply to forgo their bonds.

Last year, the Health Ministry said that between December 2016 and May 31, 2021, a total of 23,077 doctors were appointed on a contract basis to undergo graduate training and compulsory service.

Dr Muhammad said the Public Service Commission should create more permanent positions for contract doctors, alongside specialist programmes to allow them to serve within the national healthcare system.

He also noted that allowing contract doctors under JPA scholarships to leave without serving their bond was unfair as their education was funded by taxpayers’ money.

“At the end of the day, the rakyat and those who choose to remain in the system will be the ones suffering,” he said when contacted.

Previously, those who broke their bonds faced a penalty ranging from RM300,000 to RM1mil, depending on their country of study.

Contract doctors appointed after 2016, as well as those who had taken loans before 2016, are eligible to terminate their bonds. 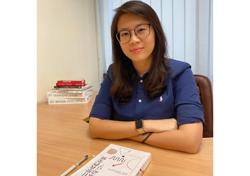