File photo of diners at a coffeeshop in Kota Kinabalu ... a local consumer group has urged operators to display F&B prices in the wake of increasing consumer complaints about the high cost of eating out.

KOTA KINABALU: Coffeeshop operators should display prices of their food and beverages in view of growing complaints from the public about a sudden increase in their eating-out bills, says a local consumer group.

He said consumers had complained that drinks cost between 30% and 50% more in many coffeeshops.

"Regular patrons were surprised and confused by the sharp increases for a cuppa.

“Coffeeshop operators should come to an agreed price for their drinks and food and avoid excessive profiteering.

"They should not take advantage of the current price hike of various food items,” he said on Tuesday (July 5).

Chan said the government raising the minimum wage by 7% should not be an excuse for the operators to raise the price of drinks drastically as it only added to the burden on consumers.

He asked the state Agriculture and Fisheries Ministry to investigate the cause and devise effective measures to curb the seemingly neverending increase in prices.

"Sabahans are already suffering from the rising cost of living.

“In Sarawak, the retail price for pork belly is around RM26 to RM29 per kg while in Sabah it is around RM42 to RM45,” he said, adding that Sabah had already experienced at least five price hikes of pork products recently.

“Perhaps the Malaysia Competition Commission could also step in and investigate whether there are any anti-competitive agreements, restrictive business practices or abuse of dominant positions in Sabah that breach the Competition Act 2010," he said. 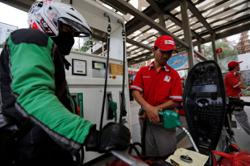