JOHOR BARU: Umno supreme council member Datuk Dr Mohd Puad Zakarshi has questioned whether the Registrar of Societies (ROS) is being used as a political tool, with the party still waiting for approval for amendments to its constitution.

The Johor state Speaker, who is also the Rengit assemblyman said to date, the ROS has not approved Umno’s application to amend the party’s constitution, which were passed during its extraordinary general assembly (EGM) on May 15.

“Is the ROS a political tool that is only hostile to Umno because its minister is from Parti Pribumi Bersatu Malaysia (Bersatu). ROS once issued a letter, claiming that Umno supreme council is merely a ‘caretaker’,” he asked in a Facebook post here on Monday (July 4).

“Is the ROS the most inefficient department in Malaysia? A department that is still thick with bureaucracy and still plagued with stale governance,"

Puad was referring to Home Minister Datuk Seri Hamzah Zainuddin, in which the ROS is under his ministry.

On Saturday (July 2), Prime Minister Datuk Seri Ismail Sabri Yaakob said that Umno was hoping to hear from the ROS on the approval of its amendments to its party constitution by July 16.

On May 15, Umno held an EGM and unanimously passed a resolution to make several amendments to its party constitution, which, among others, would allow the party polls to be held within six months after the conclusion of the next general election. 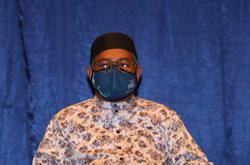 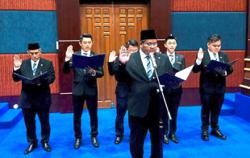