When even health needs to play second fiddle 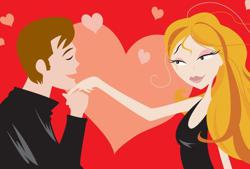 PETALING JAYA: Many desperate Malaysian families are sacrificing their health needs to keep inflation at bay, while others are making changes to their lifestyles.

Retiree Kong Wei Yik, 69, who relies on his pension fund and money from his children to support himself and his 65-year-old wife, said he has stopped taking medicine for his arthritis last month against his doctor’s advice.

“I was advised to continue the medicine for another three months to ease my knee pain, with a review on whether to continue later.

“It will cost me a few hundred ringgit, and I’m not keen to get it. I want to keep the money instead since the prices of basic necessities have increased.

“I think I will only go to the hospital when the pain becomes unbearable,” said Kong, who lives in Klang.

The former mechanic said that his wife has also cut down on her multivitamin supplements, only taking them every alternate day instead of every day.

“I’m thankful that my wife is not suffering from any illness. Otherwise, we may not be able to afford to pay for her medical and supplement needs,” he added.

With less disposable income, vegetable seller Hafiz Jemangin, 32, from Shah Alam, said he would reduce unnecessary outings with his family such as eating out and travelling.

“We still need to spend on the necessities, so we are switching to cheaper options to stretch our money.

“But cutting down on eating out, outings and travel will help save more money for the household.

“For example, since my wife cooks every day, she prepares packed food for me so I need not spend money to eat out while working at the wet market,” said Hafiz, who has two children.

Weighing in, chicken seller Harun Ahmad, 40, said to keep expenses low, he and his family would just have to buy less if high prices were unavoidable.

“For some items, we have to change to a cheaper brand or buy from cheaper sources.”

His friend Omar Shah, 38, agreed, but said that sometimes switching brands is not an option.

“My children only drink a certain brand of milk or hot chocolate, so if it gets too expensive, I may consider buying the smaller package instead of the usual 2kg packet,” he said.

Married couple Siah Kim Thoo, 59, and Ang Siew Leng, 56, from Banting, said they have been prudent by not spending more than they need.

“More prices are expected to go up due to inflation – the trend is that food prices will always go up, despite short-term fluctuations.

“So it is better to be thrifty and don’t spend more than what we need,” said Siah, adding that he and his wife always compare prices when grocery shopping.

The couple, who has been running a stall selling fresh fruits, vegetables and free-range chicken eggs at the Taman Eng Ann wet market in Klang, said they would try to keep their prices low amid inflation.

“I am still selling RM2 per corn and 70 sen per kampung egg, no change. If I change my prices, my regulars won’t return.

“I’ll keep my margin low as long as things are still manageable,” he added.