Each ringgit counts: For families struggling with the price increases, much thought is put into how to stretch the ringgit further when buying daily necessities. — RONNIE CHIN/The Star

PETALING JAYA: With inflation adding hundreds of ringgit to household expenses, some families have been forced to make major sacrifices to their health, and sometimes even to their children’s education needs, just to cope.

Some parents have stopped their children’s tuition classes or school bus services while others have resorted to eating foods high in carbohydrates and sugar while saving the more nutritious meals for their schoolgoing children.

Housewife Nur Raihan Mohd Rafi, 42, is one of them.

Her husband is a technician and his single income supports Nur Raihan as well as their three children between the ages of five and 16.

“Since the pandemic, we can barely afford to buy fresh groceries, chicken and eggs as well as rice and cooking oil.

“Forget about beef, I haven’t bought it in years.

“As the prices of goods, especially chicken, eggs and cooking oil have become more expensive, my husband and I will eat the cheapest food possible and save the rest for our kids.

“For example, if I make a chicken dish, my kids will eat the chicken while my husband and I will have instant noodles, plain rice with egg and soy sauce or bread.

“As long as our growing children can have healthy home-cooked food, we don’t mind making these sacrifices,” said Nur Raihan, who also sells cookies part-time.

She added that her children do not take vitamins or health supplements as they are unable to afford them.

While her family has never been comfortable financially, it got worse this year as the prices of goods increased, and the family has not travelled anywhere for holidays.

“Just forget about taking any trips. We have to think three times about buying fast food as a treat for our children when they do well in their exams.

“We are really feeling the pinch. From my calculation, we need about RM300 to RM400 extra per month,” said Nur Raihan, who stays in a people’s housing project (PPR) unit.

She also said that her two children who are in secondary school no longer take the school bus and would now hitch a ride with their friends while she would walk her five-year-old daughter to the kindergarten nearby.

“My two oldest kids are at that age where some of their friends have a motorcycle licence, so they go with them to school this year.

“It’s quite safe but I do worry about them loitering instead of coming back home after school,” she added.

Single mother Rohaida Abdul Ghani, 39, had to stop sending her 17-year-old for tuition classes although he will be sitting for his Sijil Pelajaran Malaysia exam this year.

She said the cost, which is above RM200, was too steep, considering that she also has to pay for an after-school child minder to look after her two other children, aged 12 and eight.

“I only managed to send him for tuition for two months this year before I explained to him that I didn’t think it was possible for me to pay anymore.

“Thankfully, he understands and told me not to worry as his school is providing extra classes weekly and there are also online YouTube lessons he can follow,” said Rohaida.

Rohaida, who works as a school administrative assistant, said rent, groceries and childcare take a big chunk out of her salary and she barely has any money to save at the end of the month.

Since divorcing her husband five years ago, she has been paying all the bills herself.

“But lately, it’s getting even harder as things are more expensive.

“My children eat outside food a lot because I’m working and on days that I don’t have time to cook before leaving for work, I have to give them RM15 each to buy food at school and after school.

“They take a school van so that also costs a lot of money but I have no choice as I can’t send them and pick them up,” she added.

An accounts clerk and mother of two who only wanted to be known as Sim, 41, said she was contemplating whether to discontinue her daughter and son’s after-school care and tuition class, which cost RM860 a month.

“As a single mother, it has been quite challenging to pay the bills while ensuring my children get what they need.

“I have been paying more for groceries this year. With price increases, I will have to switch to cheaper brands for items like milk, noodles and rice to keep my expenses in check,” she said.

Sim also said she was planning to ask her mother if she could help care for her children, aged 10 and 12, while she is at work.

“If she is okay, I will pay her a stipend on top of the monthly household money,” she added.

“All the vendors are increasing their prices. I limit myself to eating out three times a week while the rest of the time I will eat at home.

“I send money back to my mum in Pahang as my parents are elderly and not working, so I have to save as much as I can,” said Jyothi, adding that she also has student and personal loans to pay off.

She said that she often eats instant noodles, bread and frozen food that can be air-fried easily.

“I really hope the government can do something soon to intervene.

“I’m single and can barely get by. I don’t know how families with many kids are surviving,” she added. 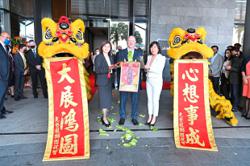