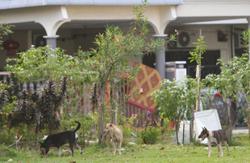 The first video was believed to be captured in Pulau Pangkor, where enforcement officers could be seen dragging a dog mercilessly with blood everywhere.

In the second video filmed at the Papan landfill near here, a very weak stray dog is left at the landfill, with a visible council vehicle spotted nearby.

The poor disoriented dog is struggling to stand, and even walk.

Animal lover, and veterinarian Dr Ranjit Kaur Mendhir said she had also received both the videos.

She said that as far as the dogs on the beach at Pulau Pangkor, she is very much aware that a foreigner had paid for the full cost to get them neutered.

Dr Ranjit said the videos showed the barbaric side of enforcement officers.

"Is already wrong to be aggressive towards the strays, but dragging it afterwards is so inhumane.

"There are many other proper methods to deal with strays, treating them badly is definitely not the way.

"In the other video, the dog I believe is just chucked out from the lorry, it is so heartbreaking," she added.

When contacted, State Housing, Local Government and Tourism Committee chairman Datuk Nolee Ashilin Mohamed Radzi said there had been an operation to catch stray dogs by the Manjung Municipal Council after numerous complaints from the public in Pangkor.

However she said the way the dog was handled was not right.

"Dragging the dog is inhumane. This issue will definitely be raised," she said.

Nolee Ashilin added that her committee would be organising a workshop next week in Manjung titled "Problems of stray animals".

"During the workshop we hope to address such issues, and the best ways to tackle the problem at hand," she added.

Nolee Ashilin said that on the video of the dog in Papan, the Ipoh City Council had told her that the dog was merely released at the landfill, and not chucked. 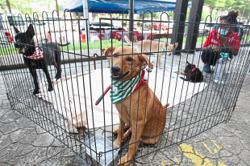